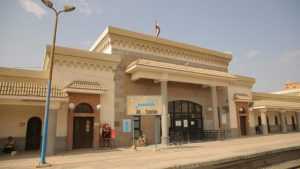 Alstom has successfully put into commercial service the signalling upgrade on the El Fashn section of the Beni Suef – Assuyt railway line for better fluidity, connectivity and passenger experience.

El Fashn is the 10th commissioned sector of the Beni Suef Assuyt line and is connected to the Maghagha, Beni Mazar and Matai and Samalut stations, which are already in service. The El Fashn phase of the project covers 20 km, but the overall length commissioned by Alstom is 145 km including 10 stations, 47 level crossings and 198-point machines.

The signalling upgrade includes the installation of the SIL 4 electronic interlocking system (IXL solution-SmartLock 400 GP), a support system and SCADA which helps operators deliver high performance and availability rates. Also included is Alstom Iconis, TLC system and 11 kV power supply sub-station which allows railway infrastructure managers to have complete control over their network operations in an adaptable and user-friendly package.

The upgrade of the signalling system along the Beni Suef-Asyut is part of a EUR 100 million contract signed in 2015 and covers a total length of 240 km which also includes the provision of maintenance services.

The Beni Suef-Asyut project was initiated by the Egyptian Ministry of Transport as part of the national investment in the area parallel to the River Nile south of Cairo, the capital city. This railway is one of the top three main lines in Egypt and is an important connection between the cities of Beni Suef and Asyut.  The target was to modernise the signaling systems on the Egyptian National Railways network to ensure passenger safety while increasing the number of trains by more than 80 percent.