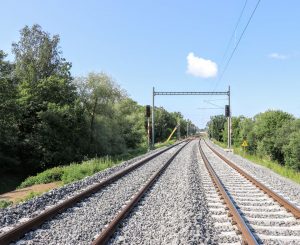 The Central Commission of the Czech Ministry of Transport will assess the Prague-Dresden feasibility study during September and it will announce the final version. The work on its completion was not hindered in any way by the termination of the contract with the original processor, the association of companies CEDOP+Egis.

The investment preparation of the cross-border section of the line construction between Ústí nad Labem and Heidenau and between Prague and Lovosice/Litoměřice will continue immediately after the approval of the study. This section will be divided into two with Prague-Balabenka – Oleško the branching-off point and Oleško branching-off point in Litoměřice.

The first phase of Prague-Dresden feasibility study has already examined the potential that the high-speed railway can bring to the regions. Based on the connection’s benefits, such as the fast connection between the regions’ cities and the Czech capital, the conception of the railway line was changed and the railway infrastructure manager, Správa železnic, together with the Ministry of Transport further developed the route which does not correspond to the territorial reserve corridor historically inserted into the Principles of Territorial Development of the Ústí region, but takes into account the current concept of regional transport services. It would not be functional in the route of the original corridor.

The negotiations are underway with representatives of the local governments of the municipalities and based on their opinions, conditions will subsequently be issued to continue with the further preparations and approvals of the individual stages of the pre-project and project preparation including the construction of the selected route. The municipalities will also be involved for zoning proceeding documentation and the related Environmental Impact Assessment process for the construction works and line’s future operation.

As part of the TEN-T Core Network, the Prague ­– Lovosice section is expected to be completed by 2030, according to EU target on network completion. To meet this goal, SZ will announced the tender for the preparation of documentation for zoning decision and EIA assessment, already at the beginning of next year.

Regarding the Czech-German cross-border section, which will be constructed in a tunnel through the Ore Mountains, the contracts are being organised for project management of construction preparation, elaboration of documentation for zoning decision or surveys and assessments necessary for the construction of the tunnel. The project management according to the German model will be applied both to the 26-km-long tunnel, which both countries expect to put into operation in the next decade, as well as the connecting line from the tunnel to Ústí nad Labem as well.

In March 2020, the transport ministers of the two countries and the railway companies signed a MoU for the construction of the new railway connection.