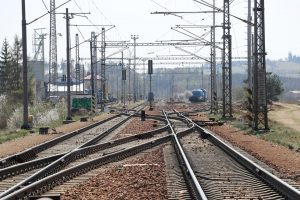 German and Czech railway infrastructure managers, DB Netz and Správa železnic, have published in the Official Journal of the EU an invitation to the tender for the Dresden–Prague project management.

The interested companies must deliver their proposals until 8 June 2020 and the invitation to submit an offer will be sent on June 26. The contract is expected to be awarded in September 2020 and will be completed in June 2024.

The project consists of three parts, in which the Czech and German methods of project preparation and a specific mode of common public tenders will be combined to a various degree. The tender envisages the management and coordination of these activities, of all the suppliers of particular parts. In addition, the contractor will support the involved parties during the preliminary planning phase which also includes preparation of the documents for the accompanying tenders through all parts of the project.

Tender fulfilment for the pre-project preparation phase is estimated to take place between 2020 and 2024.

The tender for Dresden – Prague project management is based on the cooperation in the field of project preparation as well on the agreements between the two countries for the implementation of the project.

Potential suppliers were introduced with the tendering process according to German law already, through preliminary market consultation. A participation of more than 70 interested parties from different European countries confirmed that the preparation of this project is an issue on a European scale.

The most important component of Prague – Dresden project consists of the construction of a 26-km cross-border tunnel under Krušné hory (Ore Mountains) with 15 km on German territory and 11.4 km in the Czech Republic, allowing railway transport deviation away from the Labe Valley.

Cutting the distance between Dresden and Prague by 56 km, the new connection will reduce the travel time to one hour form currently two hours.

The new railway service Dresden – Prague will increase the capacity of regional passenger transport services due to considerably shorter journey times, also it will shift part of the freight transport from the road to the rail and it will connect the Czech Republic to the network of high-speed lines in Western Europe.