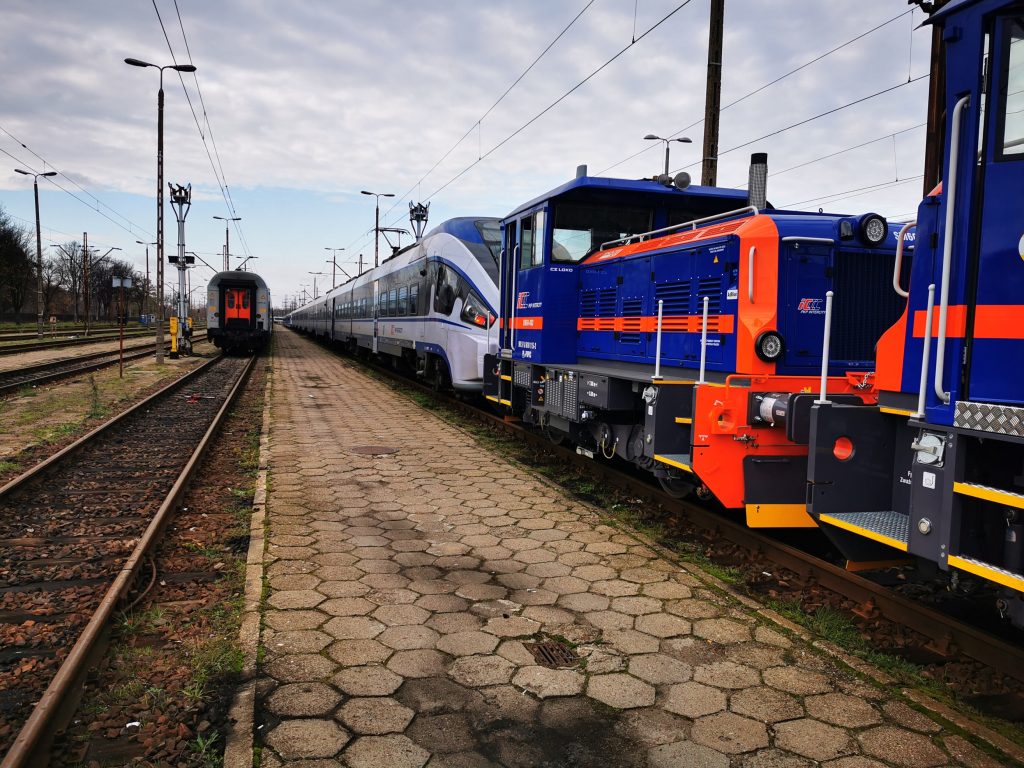 CZ Loko handed over the first six of 10 light diesel shunting locomotives to PKP Intercity under a PLN 40 million (EUR 8.5 million) contract signed in February 2021 which also includes personnel training in operating the new vehicles. The Czech rolling stock manufacturer will also provide a four-year warranty and warranty for the manufactured vehicles.

The EffiShunter 300 diesel locomotives will be used for shunting activities and assembling of wagons on the sidings of PKP Intericty’s plant.

The remaining light diesel shunting locomotives will be delivered to PKP Intercity by the end of February 2023.

To increase the availability of its locomotives, PKP Intercity also signed a contract for the modernisation of 13 locomotives of the new SU4220 series, 11 of which being already delivered by FPS – H. Cegielski – Poznań. They have been modernised to a two-generator version with the function of supplying 3kV DC to electric passenger cars.They were created as a result of improving the classic diesel locomotives of the SM42 series.The vehicles gained two modern combustion engines that meet the Stage V emission standard.

“I am glad that despite the difficult market situation, we manage not to slow down the pace of the implementation of the largest investment programme in the history of our company. In order to best serve the ever-increasing number of passengers, an efficient rolling stock management process is extremely important, and shunting locomotives serve this purpose,” Jarosław Oniszczuk, Member of the Management Board of PKP Intercity said.

The operator will invest PLN 24.5 billion (EUR 5.2 billion) for rolling stock investment programme. By 2030, the entire vehicle fleet of the Polish national rail operator will be replaced or modernised providing increased comfort and safety to passengers.
In 2023, PKP Intercity will receive the first of the 10 ordered multi-system locomotives manufactured by Newag. The contract also includes an option for further 5 electric locomotives which will all be capable of running at 200 km/h and will be approved for operation in six countries (Poland, Germany, Austria, the Czech Republic, Slovakia and Hungary). They will be equipped with ETCS Level 2 and a remote diagnostics system that will allow for real-time monitoring of operation. Another 45 multi-system locomotives will strengthen the carrier’s fleet as part of the rolling stock procurement project. In July 2022 PKP Intercity has announced technical requirements for vehicles. The company plans to select the manufacturer by the end of this year.

At the end of October, PKP Intercity and Pesa Bydgoszcz signed a contract for the supply of 16 hybrid (electric-diesel) locomotives with a maximum speed of 160 km/h in electric traction and 120 km/h in diesel traction. These will be the first vehicles of this type in the company’s rolling stock.

The new locomotives are part of PKP Intercity plan to renew its fleet which by 2030 will include 430 locomotives of various types representing an increase of 11% compared to the currently fleet. The number of electric multiple units will also increase by 47%, considering the 109 new EMUs. In addition, the company will acquire 35 hybrid multiple units and 38 seven-car double-decker push-pull trains. In order to ensure high travel comfort, PKP Intercity will also invest in the purchase and modernisation of coaches which will consist of 2,466 units. EUR 5.95 billion is the total investment for rolling stock and the value of investments contracted by PKP Intercity as part of the rolling stock strategy currently amounts to PLN 7 billion (EUR 1.5 billion).

In August this yearthe company has announced a tender for the purchase of 20 new single-system electric locomotives (3kV DC) which will be adapted to the speed of 160 km/h. they will operate on the developed or modernised domestic railway connections.In addition, the locomotives will be equipped with the ETCS level 1 and 2.In October this yearthe bids for this procedure have been opened, and the stage of their analysis is currently underway.

In addition, recently, the state-owned operator has launched the largest rolling stock tender for 300 coaches with an option for further 150 units, bringing an entire new railcar fleet of 450 units.

In 2022, PKP Intercity transported 50 million passengers and with investment in new rolling stock which will provide fast and comfortable services, the company wants to increase its annual ridership to 88 million passengers in 2030.