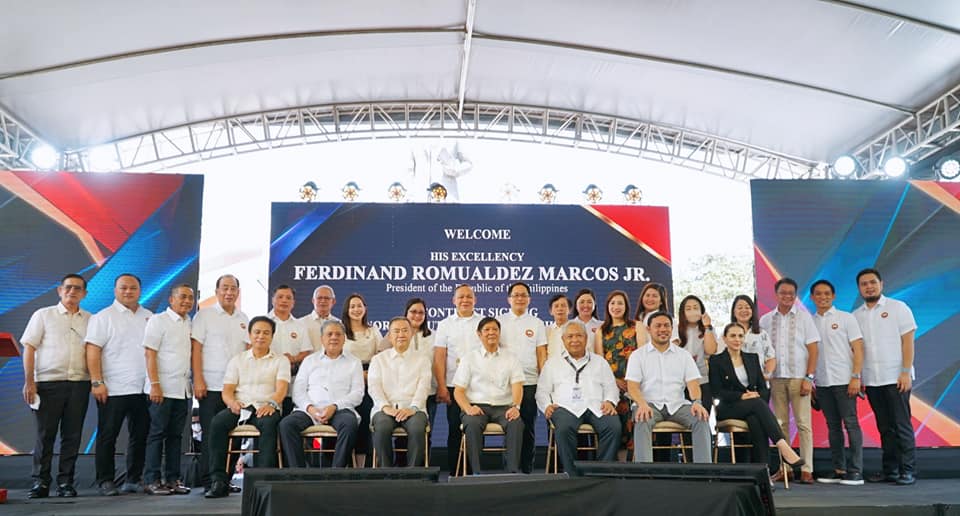 The Philippines’ Department of Transport (DOTr) signed the first four civil works contracts for the South Commuter Railway project (SCRP) covering the construction of Manila – Calamba. USD 1.87 billion is the total value of the contracts covering the CP-04, CP-05, CP-06, and CPS-07 packages.

The contracts were signed by the DOTr Secretary Jaime Bautista in the presence of Philippines’ President Ferdinand Romualdez Marcos. “With the signing of these packages, we demonstrate to our people that we are serious about pursuing large projects for infrastructure to foster growth and revitalise our economy,” the president said.

The signing ceremony was also attended by the delagates and officials from the Philippine Embassy in Korea, Embassy of the Republic of Türkiye, Senator of the Philippines Mark Villar, the ADB Vice President for East Asia, South East Asia and the Pacific Ahmed Saeed, Governor of Laguna Province Ramil Laurel Hernandez, City Mayor of Calamba Roseller Rizal, Philippine National Railways General Manager Jeremy Regino and other government and private sector representatives.

“We are signing the contracts with the two winning joint ventures who won the bid to construct this rail line. Members of these joint ventures come from South Korea, Turkiye, and here from the Philippines,” DOTr Secretary Bautista said.

The packages include the construction of 31.5 km of railway viaducts, nine elevated stations, and one railway depot covering the Muntinlupa to Calamba portion of the mass project.

Following the completion of the project, the travel time between Manila and Calamba, 50 km south of Manila, in the province of Laguna, will be halved from currently 2.5 hours by car.

The South Commuter Railway project covers the construction of a 55 km line connecting Metro Manila with Laguna province and 18 elevated and at-grade stations. The project is financed with a USD 4.3 billion loan by the Asian Development Bank (ADB) under an agreement signed in June 2022.

The new railway system will be connected to the future Manila underground metro system as well as to the existing public transport system – the LRT and MRT lines, and will be designed to endure the typhoons and earthquakes.

The Malolos – Clark consists of a 53 km line connecting regional centre of Clark in Central Luzon with Metro Manila and Calamba regions. The project involves the construction of a 51.2 km Malolos – Clark line and a 1.9 km extension between Solis and Blumentritt stations in Metro Manila.

NSCR is implemented under two main phases with the first one including a 38 km line between Malolos (in Bulacan) and Tutuban (in Manila) while the second 52 km system will deliver transport connection in from northwest Manila, northern suburb of Malolos, to the Clark economic zone and Clark International Airport in Central Luzon.

The NSCR project is expected to be completed in 2028.