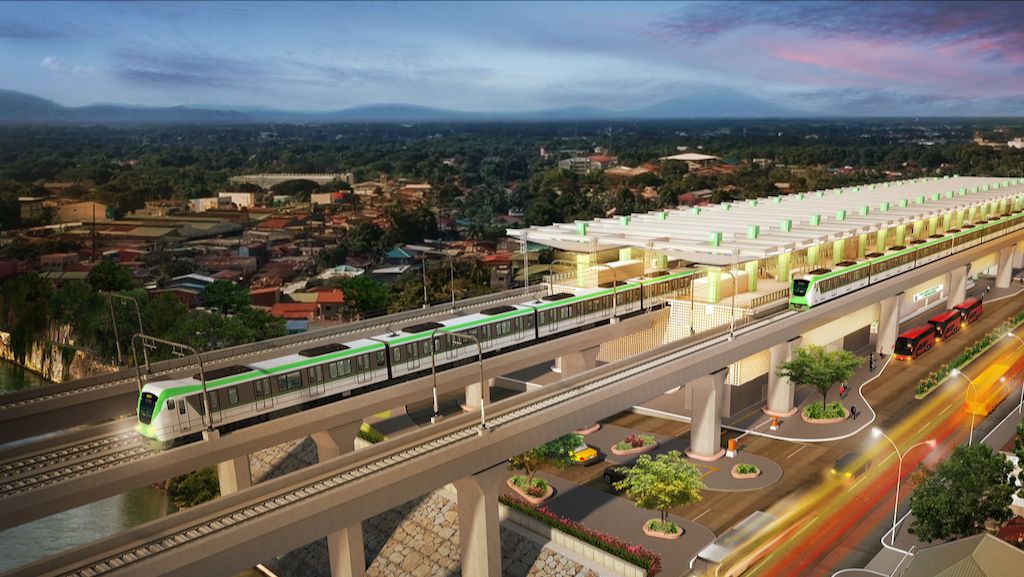 The Asian Development Bank (ADB) has approved up to USD 4.3 billion for the construction of South Commuter Railway project in the Philippines.

The project will be financed under a multitranche financing facility, with the first tranche of USD 1.75 billion to be made available starting this year. The release of the second and third tranches is expected in 2024 and 2026, respectively. ADB will finance civil works for the railway viaduct, stations, bridges, tunnels, and depot buildings. The Japan International Cooperation Agency (JICA) is funding the procurement of rolling stock and railway systems.

The financing will support the construction of 55 km of rail line between Blumentritt and Calamba connecting Metro Manila with the city of Calamba, in the province of Laguna, 50 km south of Manila. The project includes the construction of 18 stations designed to provide safe access for all, including the elderly, women, children, and people with disabilities. Under the project, a connecting tunnel will be also constructed to allow the operation of direct trains from Calamba to stations on the future Metro Manila Subway system. The new line will provide improved connectivity in the public transport network by connecting with all existing LRT and MRT network in Metro Manila.

All infrastructure will be designed to be disaster-resilient and able to withstand typhoons and earthquakes. The project will reduce travel time between Manila and Calamba by over half, from 2.5 hours currently by road.

The 53 km long Malolos–Clark Railway line north of the capita is during in the construction phase. The Malolos-Manila and Clark rail extension are expected to be completed in 2024, the Department of Transportation (DOTr) announced in March.

The Italian–Thai Development Public Company was awarded a USD 329.5 million contract for the construction of 12 km of rail viaducts and two stations.

The Malolos-Manila rail connection runs on a 38 km line from Tutuban, in Manila, to Malolos City, in Bulacan. USD 2.7 billion (PHP 149 billion) is the value of this project which has started in February 2019. At the beginning of 2022, the construction od the line reached a 55% physical completion. The first batch of trains for the Malolos – Manila section have been already delivered.

The NSCR train contract was awarded in 2019 to a joint venture of Japan Transport Engineering Company (J-TREC) and Sumitomo which will have to supply 13 8-car trains (104 railcars). In March 2022, the DOTr also ordered additional 304 railcars manufactured in Yokohama.