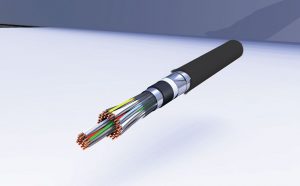 Nexans specialised signalling cable developed by Tuzla plant in Turkey has been sent to Alstom for the Beni Suef – Asyut railway project in Egypt.

The 1,700 km of signaling cable meeting Alstom’s specific technical requirements will support the signalling modernisation project which will allow an 80% increase in number of trains running on the Egyptian National Railways network. Nexans specialised signalling cable is designed to offer water resistance without using a petroleum gel filler as well as the flame-retardant properties which ensure the safety, crucial for this railway application. Besides the cost-effective and high-quality cables, the contract awarded to Nexans also took into account the high level of technical support and deep experience in railway signaling projects offered by the Tuzla factory team.

“The success of  the BSA [Beni Suef – Asyut] project confirms that our long-standing understanding of high-quality production and service relates not only to our reliability in cable production and testing, but also to our ability to act in line with customer needs at all stages as well as the strength of our global team,” Nexans Turkey R&D and Engineering Director Kamil Mutlu said.

Nexans has an important collaboration with Alstom. In May the two companies signed a three-year agreement to supply cables for electrical backbone of trains. 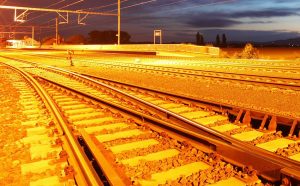 The Beni Suef – Asyut railway project was launched by the Egyptian Ministry of Transport and is part of the national investment plan for the area parallel to the River Nile south of Cairo. The railway is one of the three main lines in Egypt and is an important connection between the cities of Beni Suef and Asyut. The project for the 240-km railway line included the modernisation of the signalling system, a EUR 100 million contract awarded by the Egyptian National Railways to Alstom in 2015.

The contract included the supply and installation of the signalling equipment. Under the contract, Alstom was responsible for the provision of Smartlock solution, its electronic interlocking system, to replace the existing electromechanical one, as well as a trackside equipment, a power supply and a telecommunication system.

In March 2019, Alstom has supplied, tested and put into commercial operation the computer-based interlocking signalling system Smartlock 400 for Maghagha’s main railway station, the second section of the Beni Suef-Asyut line to enter service with Alstom’s interlocking signalling system. In 2018, Alstom has commissioned the system at Abu Qurqas station.