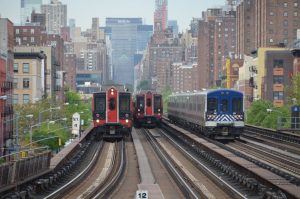 Patrick Foye, the Chairman of New York Metropolitan Transportation Authority (MTA), has sent a series of letters to 11 largest suppliers warning that without a USD 12 billion federal aid, all current and future MTA contracts with companies are in jeopardy.

The situation is caused by the coronavirus pandemic that has put a high pressure on authority’s activities.

““I am writing to alert you that because of this financial devastation, many current and all future contracts are in jeopardy without an injection of $12 billion in emergency federal aid. Let me be clear: federal funding for mass transit isn’t a red or blue issue – it’s a jobs issue,” Chairman Foye said.

MTA says that if will not receive the federal funding, the situation will have a devastating impact on the local economies of 25 states including Florida, Kentucky, Texas, and Pennsylvania.

Certain states would be especially hard hit by the loss of MTA contracts. Kentucky, for instance, is home to multiple companies that depend on MTA projects to achieve their annual expected revenue totals. Alstom Transportation, New Flyer and Siemens all manufacture vital parts for MTA rolling stock at facilities located in the commonwealth.

Cubic Transportation, Bombardier and Prevost Car all maintain production or operations facilities in Texas, another state with significant contracts and employment from MTA purchases. The MTA also works closely with as many as five companies that have Florida facilities.

The MTA is currently experiencing USD 200 million in revenue losses every week. These declines, compounded by the loss of state and local taxes and subsidies that support the organisation, have left the MTA with a USD 16 billion projected deficit through 2024.

Without federal financial assistance, MTA is preparing for drastic and necessary reductions that include possible service cuts of up to 40% on metro and up to 50% on the Long Island and Metro-North railways. This decision will have a “profound negative impact on mobility in the New York Metropolitan region”.

The authority could potentially lay off more than 8,000 workers to reduce expenditures. This is compounded by a looming fare hike and potentially gutting the historic USD 51.5 billion capital construction plan necessary modernise the 116-year-old system.