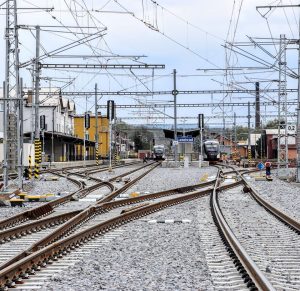 “Regardless of the current situation, we continue the plans without interruption to prepare the planned investment projects. The tender procedures are running as well as the contracts for the construction works,” Jiří Svoboda, the Director General of SZ said.

The increased approved budget will be used for the implementation and preparation of the future projects which involve track repairs and maintenance and station modernisation programme.

In Bohemia, CZK 151 million (EUR 5.5 million) will support a CZK 242 million (EUR 8.9 million) project which envisages the reconstruction of Mostek – Horka u Staré Paky line. Within the region, CZK 98 million (EUR 3.6 million) are currently used for the maintenance of the railway lines from Kralupy nad Vltavou and Středokluk and Podlešín and the Kladno – Řevčovov section is being repaired. In the Pilsen Region, CZK 70 million (EUR 2.6 million) will be provided for the Horažďovice – Žichovice railway section.

CZK 80 million (EUR 2.94 million) will be provided for the rehabilitation of Suchdol nad Odrou – Nový Jičín section, in Moravian-Silesian Region.