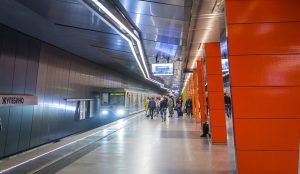 The Municipality has announced Moscow Metro expansion plans for the next years. Total route length is to exceed 450 km by 2022. The authorities intend to allow 90 percent of city residents to use the capital’s fastest transport system, considered as real and feasible plans.

By the end of 2020, plans call for nine new stations, six of them being already in operation, and the completion of three stations on the Big Circle Line’s northeastern and western sections

Construction works will continue for the Kalininsko-Solntsevskaya Line which will become the longest metro line and will connect Moscow’s central are and remote southwestern districts. It will be possible to reach Rasskazovka from Novokosino and to get to Vnukovo International Airport on this line. Seven new stations have already opened on the Kalininsko-Solntsevskaya Line.

In 2022, the authorities expect to open two new metro stations towards Vnukovo Airport. Currently, the constructors are studying various options for linking the two yellow line sections in central Moscow. Technically, this will be the most complicated metro line whose central sections are to include the Plyushchikha, Volkhonka and Dorogomilovskaya stations. The Solntsevskaya Line will be formed by connecting the current Kalininskaya Line (between Novokosino and Tretyakovskaya) with the unfinished western section of the Solntsevskaya Line, between Delovoi Tsentr and Rasskazovka.

Another project envisages the northern extension of Lyublinsko-Dmitrovskaya Line.The contractor is building the Ulitsa 800-Letiya Moskvy and Lianozovo stations and the line will later reach Fiztekh station in Severny, the Northern District. An additional station called Yuzhny Port is scheduled to be built on a section of the light-green line between the Kozhukhovskaya and Pechatniki stations, with construction from 2021 through 2023. In the past few years, the Lyublinsko-Dmitrovskaya Line was expanded by six stations. 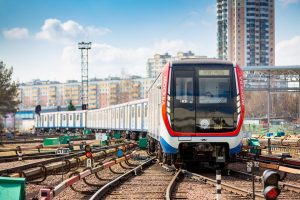 Sokolnicheskaya Line will soon be extended 2.6 km to Potapovo station. This was the first metro line to reach the Troitsky and Novomoskovsky administrative areas. It is operational between Yugo-Zapadnaya and Salaryevo, served by three stations and also between Salaryevo and Kommunarka, served by four stations.

The Kommunarskaya Line will be also constructed in the next few years, with the first section ween Ulitsa Novatorov and Kommunarka to be operational in 2023. Apart from these stations, the section will have five other stations. In 2023, the city is also planning to open a short metro section between Sevastopolsky Prospekt and Ulitsa Novatorov. The last section of the Kommunarskaya Line is to open in 2024-2025. It will have 6 stations.

Regarding the Big Circle Line, there are plans to complete tunnels in all of the line’s sections throughout 2021. The first section with five stations was opened in February 2018, while another station, in December 2019 and the section between Aviamotornaya and Lefortovo stations was operational in 2020. The Big Circle Line will be 70-km long served by 31 stations two new train maintenance facilities. It will link the current and future radial lines 10 km from today’s Circle Line. This will reduce congestion at stations within the Big Circle Line’s perimeter and the Circle Line. Passengers will be able to change to 23 stations on other lines, as well as to four stations on the Moscow Central Circle, six stations on the first two Moscow Central Diameters, and to 11 railway stations.

Mosco has started the construction of two new metro lines, the Biryulyovskaya and Rublyovo-Arkhangelskaya lines, with links to the Big Circle Line and Moscow Central Circle

In addition, the first section with 6 stations of the Rublyovo-Arkhangelskaya Line is expected to enter passenger services in 2024-2025. The Shelepikha station will provide direct links to the Big Circle Line and the Moscow Central Circle. Starting 2028 three other station will be operational.

Moscow Metro expansion plans are important for the city’s mobility, and to reduce the road transport. They will also contribute to the reduction of CO2, helping fight against climate change.