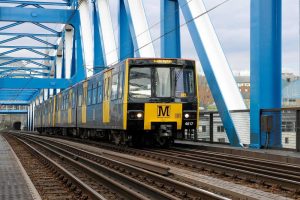 Buckingham Group Contracting won a GBP 55 million (EUR 63.84 million) tender for upgrade works of Metro Flow project on the Tyne and Wear Metro. The project covers the upgrade and electrification of an existing freight line in South Tyne.

The track dualling scheme that will increase service frequency, cut journey times, and improve reliability has an estimated value of GPB 100 million (EUR 116 million). The dualling of three key sections between Pelaw and Bede stations will create the capacity for an extra 24,000 metro passenger journeys every day. The works are scheduled for September to December 2022.

“We’re looking forward to working with the Buckingham Group to deliver this exciting £100 million scheme that will vastly improve Metro services for our customers. It will involve the conversion of an existing heavy rail line, bringing it into dual use so that Metros can run alongside freight services, which is similar to the operations we have on the Sunderland line,” Martin Kearney, the Chief Operating Officer of Nexus, the public body which owns and manages Metro, said.

The project will increase the frequency of metro services from 12 minutes to 10 minutes outside of the central area, providing more reliable, faster and frequent services.

The detailed design for the first phase will be completed this year, while the construction works are expected to be launched at the beginning of next year.

Following the completion, the Metro Flow project will deliver a capacity for an extra 24,000 passengers a day, will improve reliability and allow quicker recovery from major disruptions and will unlock the door to the expansion of the Metro system. It will also deliver better support for major events including the Great North Run, Sunderland International Airshow, stadium concerts, and major sporting events.

To deliver the extra frequencies Nexus will use some of the funding to buy 4additional new trains on top of the 42 new trains which will enter operation on the Tyne and Wear Metro from 2022. The train procurement has already been funded by the Government in a GBP 362 million (EUR 420.2 million) programme of investment.