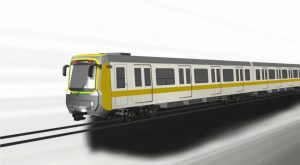 Each train will be 96-m-long and will be able to run at speeds of 80 km/h. The new trains will be delivered within 35 months.

The contract would be funded by two loans from the European Bank for Reconstruction and Development (EBRD) and the European Investment Bank (EIB) under the Kharkiv Metro expansion project estimated at EUR 382 million.

For the city’s expansion project, the two banks provided Kharkivsky Metropoliten a total loan of EUR 320 million, with EUR 160 million each. The loans will also support the Kharkiv metro train procurement which envisages a total of 17 five-car trains. 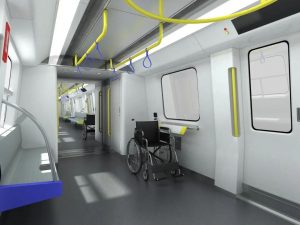 he loan will be used the construction of a 3.47 km extension of the Green line in the southern part of the city, including the Derzhavinska and Odeska new underground stations. It will also support the construction of a new depot and the railway connection to the Green Line. The depot will have a capacity for 100 metro cars or 20 trains.

The Derzhavinska station will be situated on the east side of Gagarin Avenue partially on a private development area. The access to the underground station halls from opposite sides of the Gagarina Avenue is ensured by a passageway underneath Gagarina Avenue.

The tender on Kharkiv Metro extension was announced in 2018 and in March 2020 the EBRD announced the prequalification phase. It includes the supply and installation of electromechanical equipment and integration of this equipment into existing metro system. The project is estimated to be completed within 4 years.