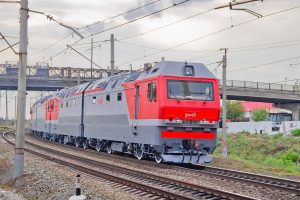 Ural Locomotives is working on a project to increase the capacity of Sinara 2ES6 electric locomotive to 12.5 tonnes, with the prototype to be completed in April.

By adding a new section, the locomotive’s productivity will be increased by 25%.

“A locomotive with such reinforcement will have significantly greater traction power and will allow to drive trains with increased weight and length in accordance with the needs of the operator. Given the current trends, our experts have developed the design documentation and have begun to manufacture a prototype,” said Oleg Spai, the CEO of Ural Locomotives.

In late April, a series of certification tests will be carried out at the plant. A new test phase will then start at the VNIIZhT railway research institute on the railway loop in Shcherbinka, in Moscow region. After all tests, the improved version of the successfully proven electric locomotive will be delivered to Russian Railways.

The designers will also provide operators two booster sections which will increase the capacity of the train to 12,500 tonnes and 7,100 tonnes, depending on the plain or mountain environment.