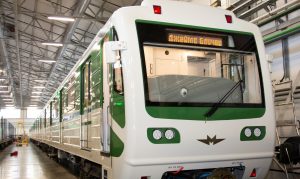 Metrowagonmash and Sofia Metro have signed a contract amendment for the modernisation and refurbishment of 40 additional metro cars. The refurbishment will extend the lifecycle of the machines by 15 years.

The contract is based on a framework agreement signed in December 2018 for the modernisation of 8 metro cars, with an option for 40 cars.

In February 2020, the core of the contract was fulfilled, and the eight metro cars were shipped to the customer.

The project will be split into three phases, with the first and second one involving the modernisation of three 4-car trains – 24 metro cars. The third phase includes four 4-car trains, or 16 cars. Each phase will take up to 12 months.

Considering the load on the transit network caused by the trains withdrawn from service for modernisation, the Metrowagonmash intends to shorten the turnaround times while retaining the maximum quality.