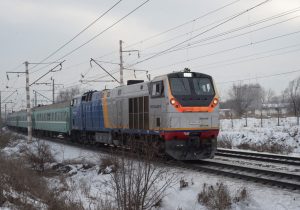 Wabtec awarded Škoda Group a EUR 12 million contract for the production and delivery of additional mechanical traction drives for 26 Kazakh locomotives. The delivery will be realised during 2023.

The Group has already supplied to American company motor sets for more than 50 locomotives in recent years.

“Locomotives have to fulfil very difficult conditions in Kazakhstan. So there is a huge attention on quality and durability,“ Jaromír Šilhánek, President of the Electrical Systems and Components product line at Škoda Group said.

The contract covers the delivery of a total of 156 complete mechanical traction drives with six for each locomotive, which include the traction motor, gearbox and wheelset. The locomotives will operate in the harsh conditions of the Central Asian region and will have to withstand extreme temperature ranges from minus 55 to plus 55 degrees Celsius.

All drives will undergo a system of tests and trials before being put into operation, although the locomotives are designed for Kazakhstan, they are approved according to very demanding Russian norms and GOST standards. For example, the company must successfully prove the durability of both individual parts and complete sets, which means testing the complete drive including the gearbox and wheelset. The new locomotives are assembled directly in Kazakhstan.