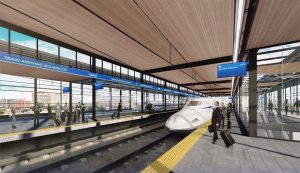 Renfe Operadora and Texas Central have signed the USD 6 billion contract under which the Spanish company will operate the system for 16 years. Renfe will be responsible for the maintenance and operation of the trains from 2026 to 2042.

Within the construction phase, the Spanish company will obtain USD 311 million in infrastructure supervision and consulting services while during the operation an maintenance period, the expected revenues are estimated at USD 5.61 billion.

In 2018, Texas Central, selected Renfe and Adif as the strategic partners for the development, exploitation, operation and maintenance of the high speed rail system.

The high-speed railway line between Houston and Dallas/Fort Worth, including the civil works, will be constructed by Salini Impregilo and its U.S. subsidiary, Lane Construction Corporation. The works are expected to be completed within 6 years.

The 386 km high speed railway line will reduce the travel time to less than 90 minutes. In addition to Dallas / Fort Worth and Houston stations, the line will have an intermediate station Brazos Valley. All stations will be connected to the motorway network and public transport systems and will have ample parking areas.

The project’s total investment is expected to be approximately USD 20 billion with the civil works estimated at USD 14 billion. This would lead to an estimated USD 36 billion in economic benefits state-wide over the next 25 years, including the creation of 10,000 jobs per year during peak construction and 1,500 permanent jobs when fully operational.