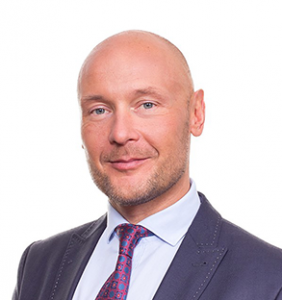 Leimanis will focus on renewing the RB Rail corporate strategy and targets, reinforcing the management board with high calibre professionals as well as ensuring effective oversight of management’s performance. Furthermore, the Supervisory Board under the leadership of Anrī Leimanis will reassess organisational structure to align it with the current Rail Baltica project maturity stage, evaluate opportunities to improve risk management system and focus on communication with the member states of the project, the EU institutions, suppliers as well as RB Rail AS staff.

“In 2020, RB Rail AS has been provided with the necessary resources to carry out the detailed technical design of the main line of Rail Baltica and focus on developing effective strategies for the project’s construction phase, including procurement of construction services and construction materials,” Anrī Leimanis said.

In addition to his position at RB Rail, Anrī Leimanis also serves as an independent member and Vice-Chairperson of the Supervisory Board at Latvijas Mobilais Telefons, a telecommunications operator in Latvia. As part of his community service activities, Anrī Leimanis chairs the Public Private Partnership Association of Latvia and actively participates in the work of various other NGOs. Before his appointment to RB Rail AS, Anrī Leimanis has occupied several senior management positions at Lattelecom Group companies. For 13 years he served as the Chair of the Management Board at the largest private pension fund AS First Closed Pension Fund.

In October 2019, Timo Riihimäki announced its resignation as RB Rail CEO, due to personal reasons. In November, RB Rail board has appointed Agnis Driksna, the Director of Development and Communications Department at “European Railway Lines” as the interim CEO of RB Rail.