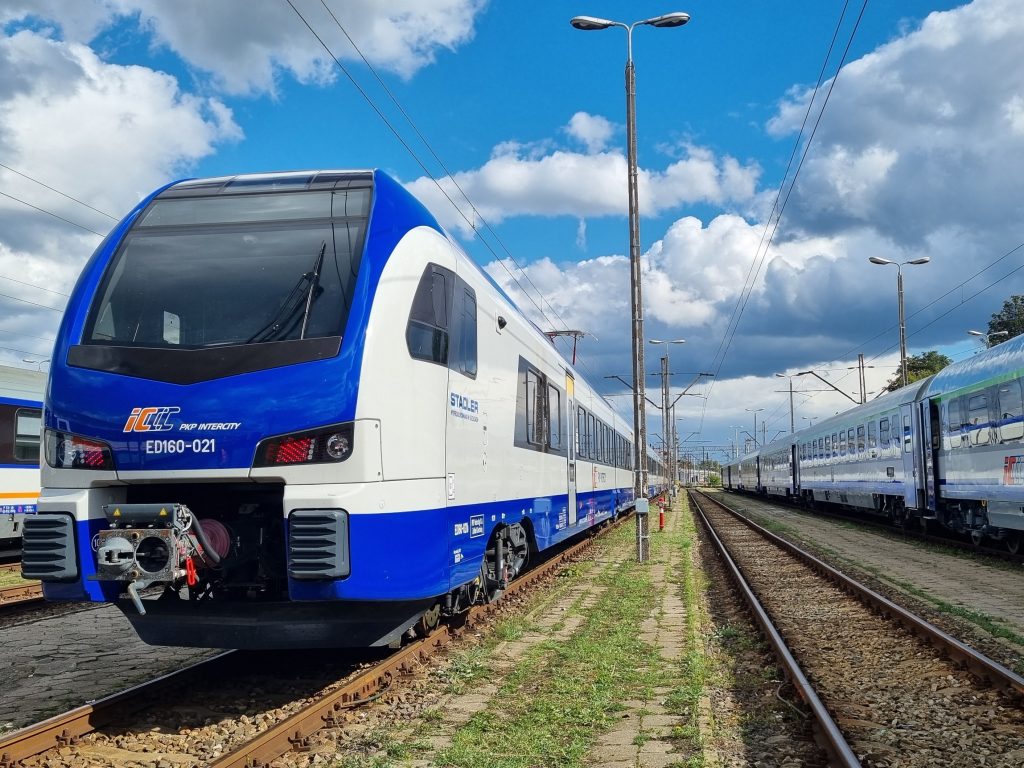 PKP Intercity registered a record number of passengers in 2022 when 59 million people used its transport services mainly due to rolling stock investment. The company says this achievement is “contributing to the best transport result in the history of the company”.

Thus, the record from 2019 when nearly 49 million passengers traveled on the operator’s trains has been broken in 2022. The first monthly transport record was already broken in May, when over 5.26 million people traveled with PKP Intercity. The following months saw a continuation of the upward trend in train attendance and August 2022 became the month with the highest attendance in the history of PKP Intercity when 6.5 million passengers used the rail services provided by the operator.

The company says that the functioning of attractive offers coupled with systematic investments in modern rolling stock contributed to greater interest in traveling on weekdays and an increase in the average attendance on trains.

“We have been rebuilding the role of railways in Poland for several years, and the last year showed that we are on the right track to achieve our goal, which is to popularise train travel as much as possible. Record-breaking results are a source of pride for us, as well as an expression of trust from travelers. We hope that in the coming years we will be able to significantly improve the result from 2022. Multi-billion rolling stock and infrastructural investments will help us in this,” Marek Chraniuk, the President of the Management Board of PKP Intercity said.

At the beginning of 2022, PKP Intercity announced the extension of its development and investment strategy with a perspective until 2030. The funds that the company will invest by the end of this decade have increased from PLN 19 billion (EUR 4 billion) to PLN 27 billion (EUR 5.8 billion).  As a result, the operator plans to launch about twice as many trains in 2030 and offer passengers a high and uniform standard of travel.

Traveling at a speed of 160-250 km/h will become a standard, which will shorten journey times. The new vehicles will also be adapted to the needs of various recipient groups, including people traveling with children or people with disabilities. The value of investments contracted by PKP Intercity as part of the rolling stock strategy already amounts to PLN 7 billion (EUR 1.5 billion). In order to achieve its goals, last year PKP Intercity signed contracts for the modernisation and purchase of modern rolling stock with a total gross value of over PLN 1.4 billion (EUR 301.6 million). At the beginning of April 2022, the national carrier signed a contract with Poznań-based manufacturer Fabryka Pojazdów Szynowych H. Cegielski for the modernisation of 90 carriages, which, after the works are completed, will run as second-class compartment carriages on Inter-City trains. The contract value is almost PLN 495 million (EUR 106.6 million).

This year, PKP Intercity received, among others, 2 out of 12 Flirt EMUs from Stadler and 81 new coaches from Poznań-based manufacturer H. Cegielski – Fabryka Pojazdów Szynowych.

In addition, in November, PKP Intercity announced the largest rolling stock tender in its history in terms of the number of vehicles. After completion of the order, the rolling stock of the carrier will increase by as many as 300 new railcars, and the right of option will enable the purchase of an additional 150 vehicles. This purchase will introduce a new standard of design and travel comfort to PKP Intercity’s offer.

To implement its rolling stock investment, PKP Intercity relies on European funds. In June 2022, the company and the Centre for EU Transport Projects signed annexes, increasing co-financing not only for rolling stock, but also infrastructure projects. As a result, it will receive a total of PLN 1 billion (EUR 215.44 million) from the European Union.

“Thanks to the new wagons, we will meet the expectations of various groups of passengers – cyclists, people with children or those traveling alone. We are sure that thanks to such investments, the railway will soon become the number one means of transport,” Marek Chraniuk explained.