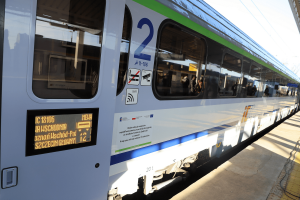 In 2017, PKP Intercity and the Poznań-based company signed a contract for the modernisation of 60 111A/141A type cars, valuated at PLN 273 million (EUR 64.58 million). The contract included an option for 30 additional coaches, which was exercised in October 2018. PLN 410 million (EUR 97 million) was the total value of the contract. 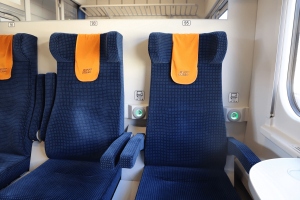 “The modernised and comfortable coaches that we received from H. Cegielski Fabryka Pojazdów Szynowych strengthen our rolling stock fleet. We want to deliver high quality services which is reflected in our ridership,” said Marek Chraniuk, PKP Intercity President of the Board.

The project is part of PKP Intercity’s rolling stock modernisation and renewal programme which envisages coach and locomotive modernisation and procurement projects. The programme is funded by the EU through the Operational Programme Infrastructure and Environment 2014-2020. The operator has obtained a total co-financing of PLN 653.8 million (EUR 154.67 million).

“We constantly strive to make railway safe, comfortable and predictable. We are currently implementing gigantic investments in railway infrastructure, stations and rolling stock which already bring the expected results,” Andrzej Adamczyk, the Minister of Infrastructure, said.

The modernized passenger cars are deployed on five railway routes and they are able to run at 160 km/h.