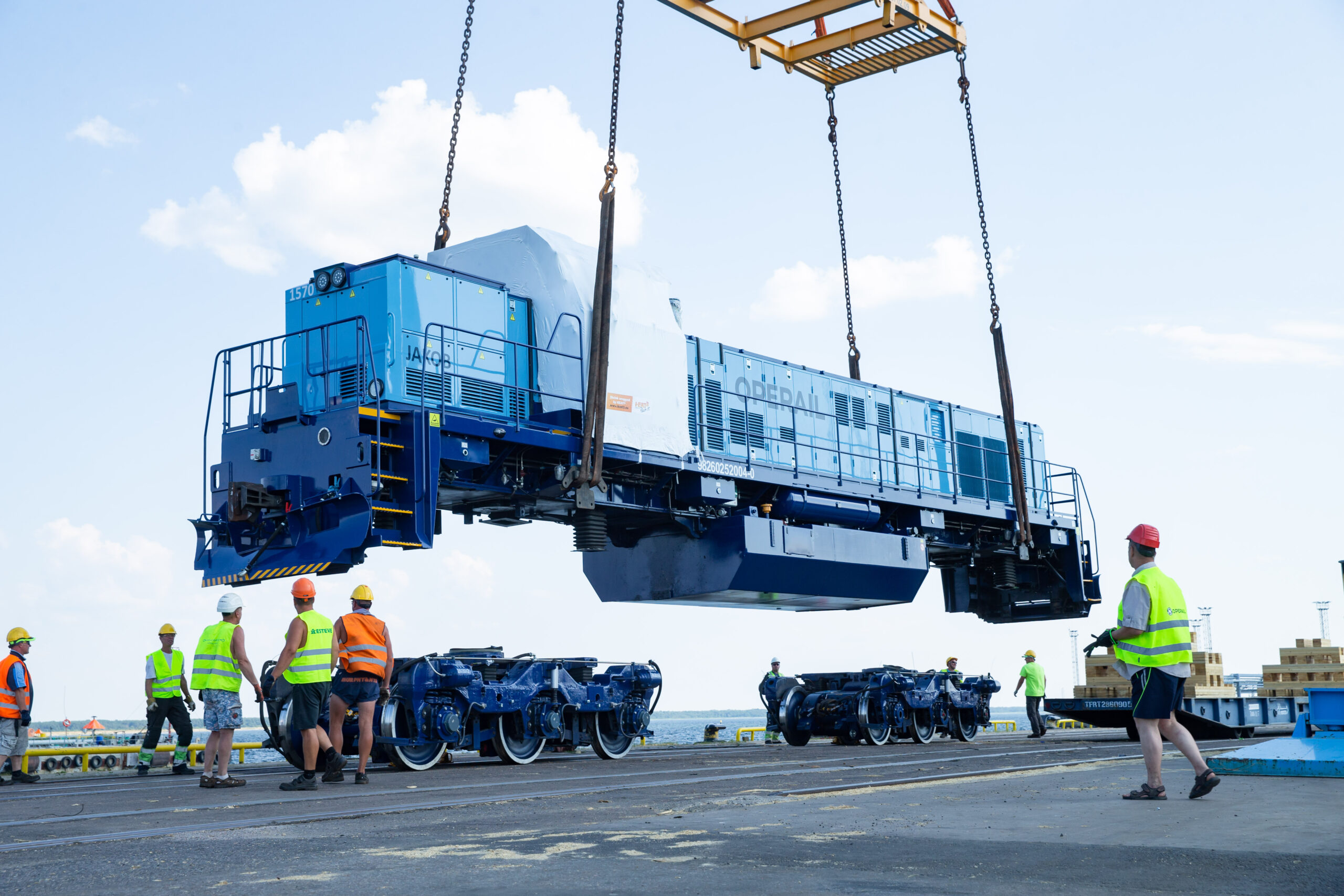 The Finnish Transport and Communication Agency Traficom granted the permission for the first C30-MF Estonian shunting locomotive constructed at Operail’s depot in Tapa. The locomotive gets green light to operate on the Finnish railway network following nearly a year of test drives and administrative processes.

“PowerHaul has a cab at both ends, so to change direction, the locomotive driver needs to cross the corridor each time to go to the other cab. The C30-MF, however, can be operated in both directions from the same cab. In addition, the C30-MF has more suitable transmission for shunting operations and is considerably shorter,” Raul Toomsalu, Chairman of the Board of Operail said.

The Estonian shunting locomotive had to undergo a number of modifications, including re-turning the profile of the wheelsets, as the track gauge of the Finnish railway is 4 mm wider than in Estonia. Modifications also had to be made to the refuelling and radio systems. The C30-M adapted for Finnish railways was renamed C30-MF.

The C30-MF 1570, nicknamed Jakob, arrived in Finland almost a year ago. To transport it across the bay, the locomotive was partially dismantled, by removing the bogies and it was lifted on board the ship. Over the past year, the locomotive has undergone testing and setup and drivers have been trained in Finland on the basis of a driving practice permit.

Operail Finland will initially operate one C30-MF locomotive, but the Finland has also shown interest in a remote-controlled version of the locomotive.

The C30-M is a modern modular locomotive that is significantly more environmentally friendly than previous locomotives and is suitable for both shunting and freight transport. The locomotive is assembled using the body frame and running gear of С30-7Ai locomotive by General Electric and modules designed by CZ Loko.

Operail started the C30-M project in 2016 and presented the first C30-M locomotive built in Tapa in autumn 2018. To date, 12 locomotives have been built at the plant in Tapa.