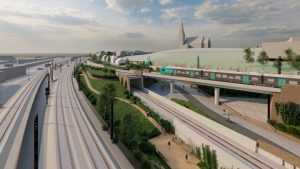 Bane NOR, the Norwegian rail infrastructure manager, announced it has postponed the track construction works in Brynsbakken district to prioritise the ERTMS deployment at Oslo S by 2026.

When Bane NOR started working on solutions to solve this bottleneck, 13 different concepts were considered. The Municipality of Oslo, through the Planning and Building Agency, determined the planning programme and decided that Bane NOR should proceed with the construction of two new tracks in Brynsbakken. The chosen solution has the fewest negative consequences for society and provides the most benefit for the money.

Bane NOR and the City of Oslo have worked together for the zoning plan which should have been adopted in the early autumn of 2020 but was delayed by a total of 8 months. In March 2021 Bane NOR received a decision on the zoning plan that has been appealed and the appeal process has still not been completed. Thus, the zoning plan will not be approved until the complaints have been processed. The project faced several complains because about twenty houses at Hylla in Vålerenga must be demolished.

Through this decision, the rail infrastructure manager decided to postpone the entire project until the ERTMS deployment at Oslo S is in place. “As we will not proceed with the work of developing Brynsbakken, ERTMS will be expanded first,” Bane NOR says. Originally, the track construction in Brynsbakken was scheduled to start in 2022.

According to Bane NOR 2020 signalling plan, the ERTMS deployment at Oslo S includes the (Asker) – Drammen – Hokksund line, which is expected to be completed in 2025, and the Asker – Oslo S line, which should be equipped until 2026.