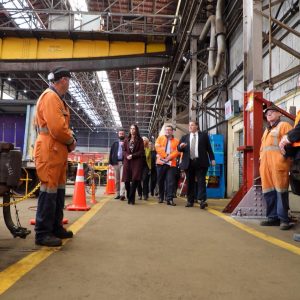 The Government of New Zealand provided NZD 85 million (USD 60.7 million) for the construction of Hillside wagon facility and the construction is expected to start by the end of this year. Staged demolition will begin this year, with the new site expected to be operational by mid-late 2023.

In 2019, the government allotted NZD 20 million (USD 14.28 million) to re-establish Hillside as a mechanical hub, located in Dunedin, the second-largest city in the South Island of New Zealand.

“Rail is both part of our history, but also our future. It moves both freight and passengers, and that’s something we need more of as we face our climate challenges. That’s why in this budget,” Jacinda Ardern, the prime minister of New Zealand said during a visit at the workshop.

KiwiRail expects to take on 45 new staff for the wagon facility to manufacture the wagons, “instead of importing them fully assembled. The investment is supporting the local economy with 250 construction jobs needed for the rebuild. We will see Hillside revitalised over the next few years, creating jobs, new skills, and guaranteeing the future of the historic Dunedin site,” KiwiRail Group Chief Executive Greg Miller said. 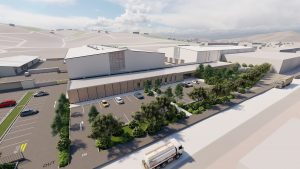 Once the project is completed, more than 100 KiwiRail people will work from the site.

The redevelopment of Hillside includes a new mechanical workshop where up to 20 locomotives or wagons can be manufactured on at a time, a new wagon assembly facility, where two wagons can be assembled a day. KiwiRail expects to assemble at least 1500 wagons over three years.

The project also covers the construction of new offices and workshops, allowing KiwiRail’s track maintenance and signals staff to move to the site. New traverser, heavy lift cranes and jacks, and electric shunt engines are also part of the facility project. 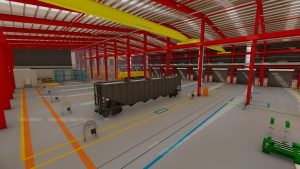 The government committed a NZD 1.3 billion (USD 928 million) budget for railway projects as part of country’s rail revitalisation plan to create new jobs, to develop this transport mode and to support sustainable transport.