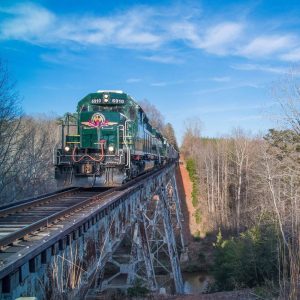 The projects will receive a total investment of USD 320.6 million that will support the improvement of rail safety, efficiency and reliability of freight and intercity passenger services.

Nine projects were selected to specifically address safety at highway-rail grade crossings, and deter illegal trespassing, which is the leading cause of rail-related deaths in America. Other projects include the expansion, modernisation of rehabilitation works of the rail track, switches, yard, and station facilities to increase performance and service delivery.

Rural projects, which have a minimum 25 percent funding requirement under the CRISI Programme received over 60 percent of the funds. Of the 50 rail projects that were awarded grants, 32 are located in Opportunity Zones, which were created to revitalize economically distressed communities using private investments. Across the US, more than 8,760 communities have been designated as Opportunity Zones, which are nominated by states.

The largest investment was provided in North Carolina totalling more than USD 60.7 million for two railway projects. USD 47.55 million was allotted to the North Carolina Department of Transportation for the Southeast Corridor acquisition project which involves the purchase of CSX’s S-Line rail corridor from Raleigh to Ridgeway to preserve the corridor for future intercity passenger rail service train frequencies.

USD 13.15 million funding was provided to the Aberdeen, Carolina & Western Railway for the rehabilitation of three bridges, the construction of new sidings, installation of 83,500 new crossties along a 9.6-km section and the construction of two new storage and two new switching yards.

Wisconsin received the second largest federal funding with a total value of USD 31.8 million. Six infrastructure improvements will be performed using the funds. They will take place in Wisconsin and Minnesota on Canadian Pacific’s Soo Line serving Milwaukee, Wisconsin, and Minneapolis/St. Paul, Minnesota, to add the first state-supported intercity passenger rail frequency between the Twin Cities and Milwaukee to contribute to an eighth round-trip on the Hiawatha service between Milwaukee and Chicago. The Twin Cities are currently only served by Amtrak’s long-distance Empire Builder route. The project involves the modernisation of the communication and signalling system, the extension of the rail sidings, level-crossing improvement works and the installation of the new turnouts and mainline track.

Florida ranks the third place with a funding of USD 24.3 million provided for three projects. USD 2.3 million will be used for the improvement of 13 grade crossings in rural parts of St. Lucie and Palm Beach Counties. USD 16.35 million will support the construction of a new rail passenger station and parking space in Boca Raton. This project will add a station into Brightline’s existing train corridor.

USD 5.65 million will be used for the construction of a 2.7 km section of second track on the 98.6-km state-owned Central Florida Rail Corridor between Control Point NE Kissimmee and CP Middle Kissimmee.