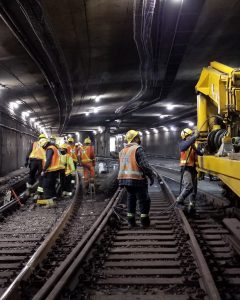 Infrastructure Ontario (IO) and Metrolinx have selected Strabag and West End Connectors as the first negotiations proponents (FNPs) to construct the tunnels for two transit extensions in Toronto comprising the Scarborough Subway extension and the Eglinton Crosstown West extension.

The identification of the proponents is the first step in the negotiations process for the design, build and finance contracts. IO and Metrolinx will work with each team to finalise the details of their RFP submissions to ensure that each team has a proposal that provides the best value for the province. Upon successful conclusion of this process, each team would then proceed towards Financial Close of a contract this Spring.

During negotiations, each consortium is permitted to undertake certain design and early works for the projects, with potential for early on-site construction mobilisation at the Scarborough site. Tunnel boring is expected to begin next year.

The Scarborough Subway extension advance tunnel project covers tunnelling works for the 7.8-km metro extension of TTC’s Line 2 from Kennedy station to McCowan Road/Sheppard Avenue. The team is also responsible for the design and construction works, supply of the TBMs and install the segmental precast concrete tunnel liners and will perform the activities necessary to build the tunnel.

A separate contract will be issued in the future for the rest of the work, which includes building the three new stations, fitting-out the tunnel and installing and commissioning the systems to put the metro in service. 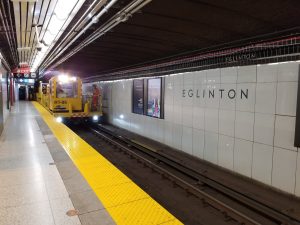 The Eglinton Crosstown West extension advance Tunnel scope of work includes 6 km of tunnelling for the 9.2-km extension. The team will be design and construct the tunnels, will supply the TBMs and will implement all the needed activities to build the tunnel.

The contract for the construction of the stations, fitting-out the tunnel and installing and commissioning the systems will be separately signed.

Of the shortlisted teams invited to submit bids for the two transit extensions, the FNPs were the highest ranked after the proposals were evaluated. The teams were evaluated based on criteria identified in the Request for Proposals process that began in August 2020. Criteria included design and construction methodology, approach to managing the project and the collaborative behaviours of key individuals of the Proponent teams.