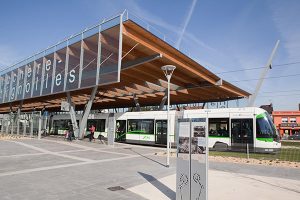 The tram design and manufacture will involve Alstom’s 13 sites in France. La Rochelle will be responsible for the design and assembly of the trams and logistical support, Le Creusot for the supply of the bogies, Ornans for traction motors, Valenciennes will create the interior layout, Aix-en-Provence will deliver the protection and driver assistance system, Saint-Ouen will be responsible for the after-sales service, and Villeurbanne for the delivery of on-board electronic systems.

These state-of-the-art Citadis trams have standardised, proven, more accessible components, providing the residents of Nantes with reliable, readily available way to move around the city. The Citadis trams for Nantes are particularly energy efficient and over 99% recyclable.

“The city of Nantes, which initiated the renewal of the modern tram in the 1980s, has made its mark on the history of urban transport in France. We are extremely proud that the city of Nantes has once again trusted us to equip its network with our state-of-the-art Citadis trams,” Jean-Baptiste Eyméoud, Senior Vice President of Alstom France, said.

Semitan, the public transport operator, has a fleet of 91 tramways of which 46 Alstom vehicles, 33 trams manufactured by Bombardier and 112 by CAF.

The operator has launched the tender for the procurement of 46 tramways, with an option for 30 additional vehicles. Alstom was selected to deliver the new low-floor vehicles starting 2022. The new vehicles are expected to enter operation in 2023. They will replace the existing Tramway Francais Standard 1 manufactured by Alstom in 1984.

The tramway network of the city of Nantes is formed by three lines totalling 44 km which is carrying more than 318,000 passengers per day. The authorities are analysing the possibility to build three new tram lines