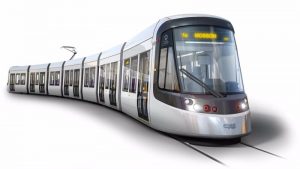 Montpellier Méditerranée Métropole selected CAF to supply a tram fleet of 60 vehicles with a possibility of extending this number by ordering 17 additional trams in the future. The value of this contract is in excess of EUR 200 million.

Under the contract, CAF will deliver 60 Urbos platform 7-module trams, whose design is characterised by its energy efficiency, high reliability and excellent passenger comfort.

The new trams are planned to run on Montpellier Line 1 which connects the Odysseum shopping centre with Mosson, as well as on the new Line 5, which will soon be in operation, running through the towns of Lavérune, Montpellier, Clapiers, Montferrier-sur-Lez and Prades-le-Lez. The tram Line 5 will be 16 km long with 27 stops and will cross the metropolis and its neighborhoods by 2025 when will enter commercial operation. The line will serve a large number of activity centres, and will deliver access to priority districts and recreation sites in the city. Along this new diagonal axis more than 20 km of cycling network will be provided to promote active mobility.

The tram fleet that will be supplied to Transports de l’agglomération de Montpellier (TaM), a public transport company that operates the four existing tram lines on the network will reduce the emissions in the city and will increase public transport market share.