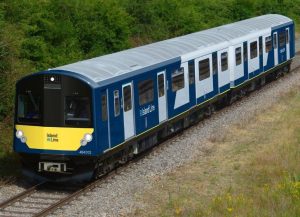 South Western Railway (SWR) announced that due to challenges with the delivery of the new fleet of class 484 trains, the reopening of the Island Line on the Isle of Wight will be delayed by four months.

The rolling stock manufacturer Vivarail had been set to deliver all the trains to the Island well before Easter, but complex software issues mean the fully refurbished trains are yet to be delivered. As soon as the trains can be delivered to the Island, SWR can begin the extensive process of operational testing, safety assurance and training required to bring them into service.

As a result, the operator has pushed back the reopening of the Island Line to later this summer. Given the complexity of the challenges the company faces, primarily with the software on the trains, it is too early to provide a firm date.

SWR and Vivarail are now conducting a full review to build a strong programme in which all parties can have confidence and will provide further updates on that programme in due course.

“Our infrastructure works are largely on track, but there is a delay to the delivery of the trains and we apologise for the impact that will have on our customers and the communities we serve. We continue to work incredibly hard in partnership with our train supplier Vivarail to reopen a safe, reliable and fully upgraded Island Line as soon as possible”, Alex Foulds, Major Projects Director at SWR said.

As part of the infrastructure works, SWR has improved the ride comfort of the line by trimming, rejointing and adjusting the rails on 10.4 km of railway, as well as installing new sleepers and rail at various locations between Shanklin and Ryde St Johns. It has also installed new electricity cables, an upgraded power supply and new signalling cables and equipment across the line to provide greater resilience and reliability for years to come.

A passing loop at Brading was also constructed to allow trains to pass each other and make possible a new regular half hourly service and the stations were are equipped new ticket machines at 3 locations and Wi-Fi at all stations.

The Island Line railway on the Isle of Wight operates between Ryde Pier Head and Shanklin, serving Smallbrook Junction, Brading, Sandown and Lake stations along the way.