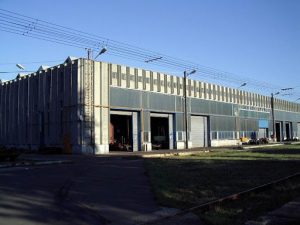 The GRAMPET Group has acquired a 28-hectare land on which the Debrecen wagon plant (Debrecen Vagongyár factory) in Hungary is located, under a EUR 6.5 million transaction. The group will invest EUR 14 million over the next 5 years for the development of the plant that joined GRAMPET brand 12 years ago.

“We took over a leader with a tradition in the European rolling stock repair market, with the objective to grow it further, thus consolidating the Hungarian reputation in the field. During this time, the division in the neighboring country has doubled its turnover and became profitable. Today, our activities in Hungary – the rail freight operator Train Hungary in Budapest and the Debrecen wagon plant contribute almost 11.2% to the turnover we report annually at group level,” Gruia Stoica, President and founder of the group said.

In addition to being the leader in the Hungarian tank wagon repair and maintenance market for the transport of gas and petroleum products, over 70% of GRAMPET Debreceni Vagongyár’s turnover is currently generated by contracts with partners in Western Europe. Every year, the plant carries out general overhaul, modernisation and repair activities for almost 2,000 wagons. The plant employs about 400 people, and medium-term investment plans could create another 100 new jobs. 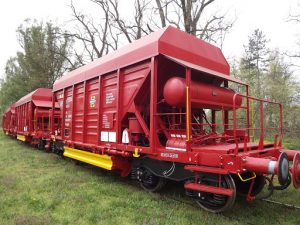 GRAMPET Debrecen was invited to participate at the EUR 1.2 billion rail car delivery contract for Egyptian railway company. The Hungarian authorities’ “openness helps us make new long-term growth commitments. We are optimistic about the future of our division in Hungary and estimate that the new investment projects can generate a 20% growth in sales and a similar increase in the number of employees, which equates to a strengthening of our presence in both the neighboring market and also on the specific European market,” Gruia Stoica explained.

GRAMPET Group is the largest railway group and private logistics operator in Romania and Central and South-Eastern Europe. The group is currently analysing its expansion to six other European markets – Macedonia, Montenegro, Slovakia, the Czech Republic, Belgium, and the Netherlands.