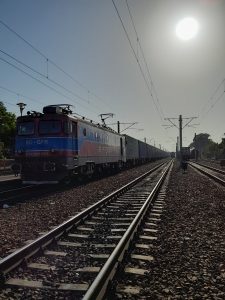 Grampet Group has organised the first Middle Corridor train which crossed the China – Romania – Hungary route, with its operators covering the last section, between Constanța and Budapest.

The train was dispatched two weeks ago from Guiyang, the capital of Guizhou province, and left the Constanța Port for Budapest on June 3.

“Today we mark the culmination of efforts that began more than 4 years ago, by which we put Romania on the map of the largest infrastructure project in contemporary history,” Gruia Stoica, the President and founder of Grampet Group – Grup Feroviar Român said.

“We intend to introduce a regular container traffic from China that will transit Romania to Western Europe. We are currently focusing on the first test transports and solving logistical issues, such as the transit time on the Constanța – Curtici route, and the waiting time in the Curtici customs before crossing the border. The solutions we have at the moment will help us cover the Constanța – Budapest distance in 48 hours,” Sorin Chinde, the Vice President of the Transport Division at Grampet Group added.

This first Middle Corridor train is part of all sides’ effort to develop a new multimodal transport corridor linking Asia to Europe and is a response to modal shift towards sustainable transport services.

In June 2019, Grampet Group signed a MoU with NMSC Kazmortransflot LLP, the state naval operator of the Republic of Kazakhstan, to open a regular connection between the ports of Constanța and Batumi. The agreement between the two members of the Middle Corridor – TITR was thus in line with the association’s goal of enhancing cooperation and intensifying the flow of goods along the route.

The Middle Corridor activation through the Constanța Port was one of the strategic objectives set by the Grampet Group when joining the TITR. The pandemic had temporarily blocked this project, but the current geopolitical and economic context, which is reshaping global distribution chains, has forced a rapid return and launch.