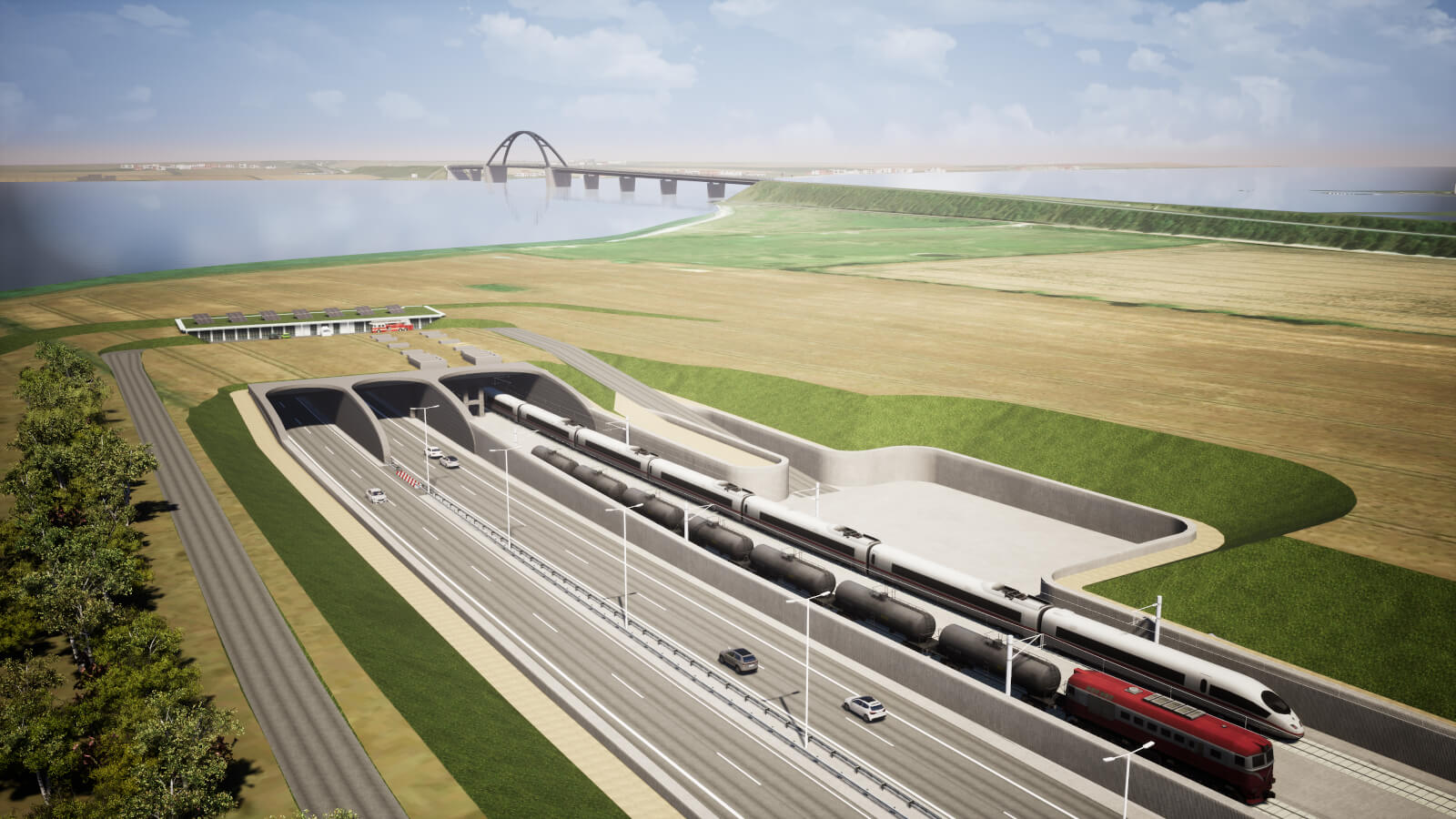 The Fehmarn tunnel between Denmark and Germany will receive EUR 540.5 million (DKK 4 billion) under the first call of the CEF 2 2021-2027 that will provide EUR 5.4 billion to transport projects of which 80% is the share of railway actions.

The financing for the Fehmarnbelt project “underlines the importance of the project for both the Danish and the European transport infrastructure,” Trine Bramsen, the Minister of Transport said.

The EU financing for Fehmarnbelt connection only covers the works for the construction of the rail tunnel. The EU funds will also support the production and immersion of tunnel elements, the construction of the tunnel portal and the tunnel ramps on Lolland and Fehmarn, the establishment of the Tunnel Power Supply, continued monitoring environmental monitoring and safety at sea measures as well as public awareness measures.

“We are delighted that the EU has decided to continue funding the Fehmarnbelt tunnel for another term under the CEF Programme, and by doing so recognizing the project’s potential as a game changer for the region and for rail-transport,” Henrik Vincentsen the CEO of Femern A/S said.

The project covers the construction of a 18 km rail and road tunnel which will have 89 tunnel elements, linking Germany and Denmark where a tunnel element factory will be built at Rødbyhavn on Lolland. The factory will cover approximately 1 million square metres and have six production lines for the standard and special elements that are the heart of the tunnel construction. 73,500 tonnes of tunnel elements will leave the factory for the dry dock and then used for the construction of the tunnel. West of the factory, the large portal building is being constructed providing transition from the motorway and railway on land to the tunnel tube. Together the factory and work harbour will occupy an area measuring 1.5 million m2.

On 8 June 2022, Femern and the main contractor, Femern Link Contractors (FLC), held a ceremony at the Fehmarnbelt tunnel’s main construction site in Rødbyhavn. The Fehmarnbelt tunnel’s 217m long concrete elements will be cast in three production halls. The roof and facades of the first hall are now in place. The meticulously constructed and climate-controlled halls will help to ensure that the tunnel elements harden evenly and are of the highest quality. This is particularly important, as the Fehmarnbelt tunnel has been designed with a service life of at least 120 years.

The construction work on the factory began in the summer of 2021 and is expected to be completed by the end of 2022.

In May Femern awarded Sice-Cobra consortium a DKK 4 billion (EUR 537.7 million) contract for ventilation, lighting and safety systems in the 18 km tunnel. The contract puts special emphasis on energy-efficient solutions and installations adapted to the green technologies of the future.

Under the CEF2 call for proposals, Denmark submitted projects worth DKK 18.5 billion (EUR 2.48 billion). There has been a lot of competition for EU funds, where only 103 out of 317 applications have been approved to receive support. Five out of 12 Danish applications have been approved for support with a total support amount of around DKK 4.4 billion (EUR 591.47 million).

Besides the Fehmarnbelt tunnel, which is implemented together with Germany, Denmark has received a EUR 50.48 million funding for four projects out of which two are rail-related ones. EUR 22 million will be delivered by the EU to Banedanmark for the deployment of the ERTMS on the country’s Western railway network. The project concerns the deployment of ETCS level 2 baseline 3 along 250 km of double track railway line along the Core Network Corridor in Western Denmark. DSB will receive EUR 4.74 million for the installation of ERTMS on-board equipment on company’s vehicles operated for national and international traffic, across the Scan-Med Core Network Corridor in Denmark as well as between Denmark and Germany and Denmark and Sweden.