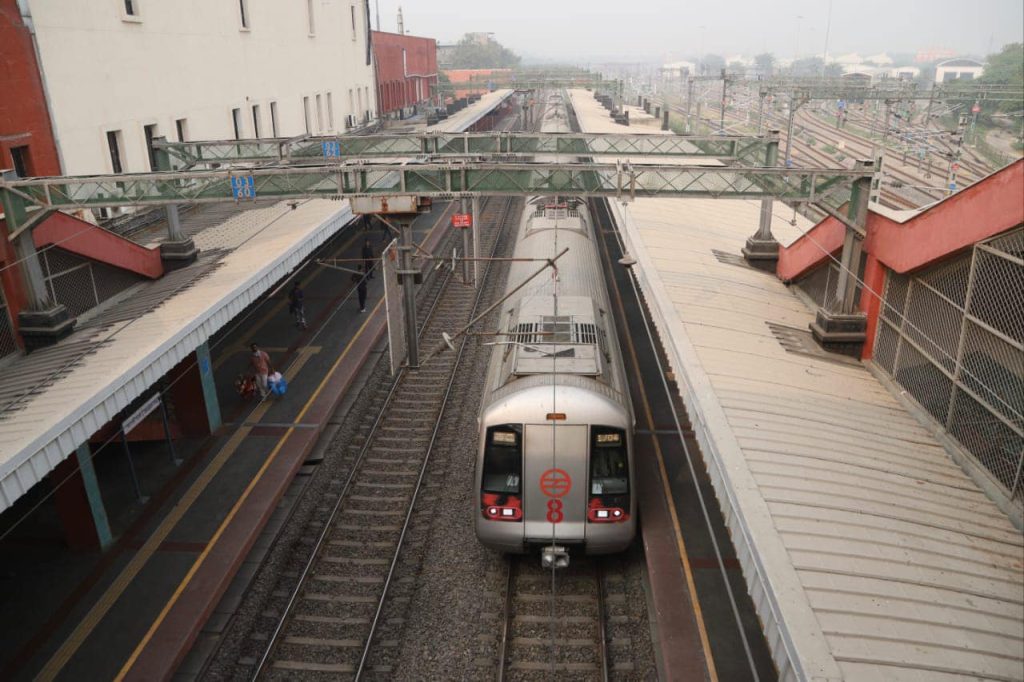 Alstom won a EUR 312 million contract to supply 312 metro cars for Delhi Metro which will operate the lines constructed under the Phase IV expansion project.

Alstom will supply its Metropolis trainsets for this order. The new trains offer a unique design, a wide range of configurations and ensure the highest performance due to the perfect combination of proven and reliable components and innovations. With its extensive track record, low lifecycle costs, and keen focus on passenger experience, Alstom’s Metropolis metros set the standard in reliable and attractive metro services around the world.

The new trains will be built at Alstom’s largest urban rolling stock manufacturing site in Sricity in (Andhra Pradesh), which has a strong portfolio of delivering for major domestic and international projects.

Alstom has delivered more than 800 metro cars for Delhi Metro which are now operating on the city’s network consisting of 391 km served by 286 stations. The network has now crossed the boundaries of Delhi to reach Noida, Greater Noida and Ghaziabad in Uttar Pradesh, Gurgaon, Faridabad, Bahadurgarh and Ballabhgarh in Haryana.

In addition to providing rolling stock, Alstom has in the past partnered with Delhi Metro Rail Corporation (DMRC) for several other projects, including successful implementation of supply and commissioning of train control and signalling system for DMRC’s Red line(L1), (Yellow Line (L2), Green Line (L5), Violet Line (L6), Pink Line (L7) during Phase I, II & III.

The Delhi metro Phase IV expansion covers the construction of 6 new lines totalling 107.4 km which will be served by 81 stations:

On November 19, Delhi Metro announced that it has completed the tunneling work between Krishna Park extension and Keshopur on the Janakpuri West – RK Ashram Marg corridor (Magenta Line). A Tunnel Boring Machine (TBM) broke through this morning at Krishna Park extension after boring a 1.4-km long tunnel. Two parallel circular tunnels for up and down movement have now been constructed on this stretch, which is part of a 2.2 km -long underground section from Janakpuri West to Keshopur. The work on the other tunnel parallel tunnel on this section was completed in December last year. On this underground stretch, apart from the twin tunnels, the ramp and the entry/exit have been completed while about 70% of the Krishna Park extension station has also been completed. Civil work of this particular underground section will be completed by early next year though the entire Janakpuri West – RK Ashram Marg corridor will be ready by September 2025.

Alstom is deeply involved in India’s rail market. Besides Delhi, the company has delivered metro trains to Chennai, Lucknow and Kochi and it is currently delivering the trains and signalling systems for Bhopal – Indore and Kanpur – Agra metro projects as well as for the Line 3 of Mumbai. In addition, Alstom won the contract for the supply of 40 trains for the first high-speed line in India connecting Delhi, Ghaziabad and Meerut (RRTS line) which will operate with ETCS hybrid Level 2 signalling system. In May 2022, Alstom has delivered the first train for the 82.5 km long railway line. Alstom, together with Nokia will also deliver world’s first 4.9G/LTE private wireless system to support the ETCS L2 installation along the rail line.