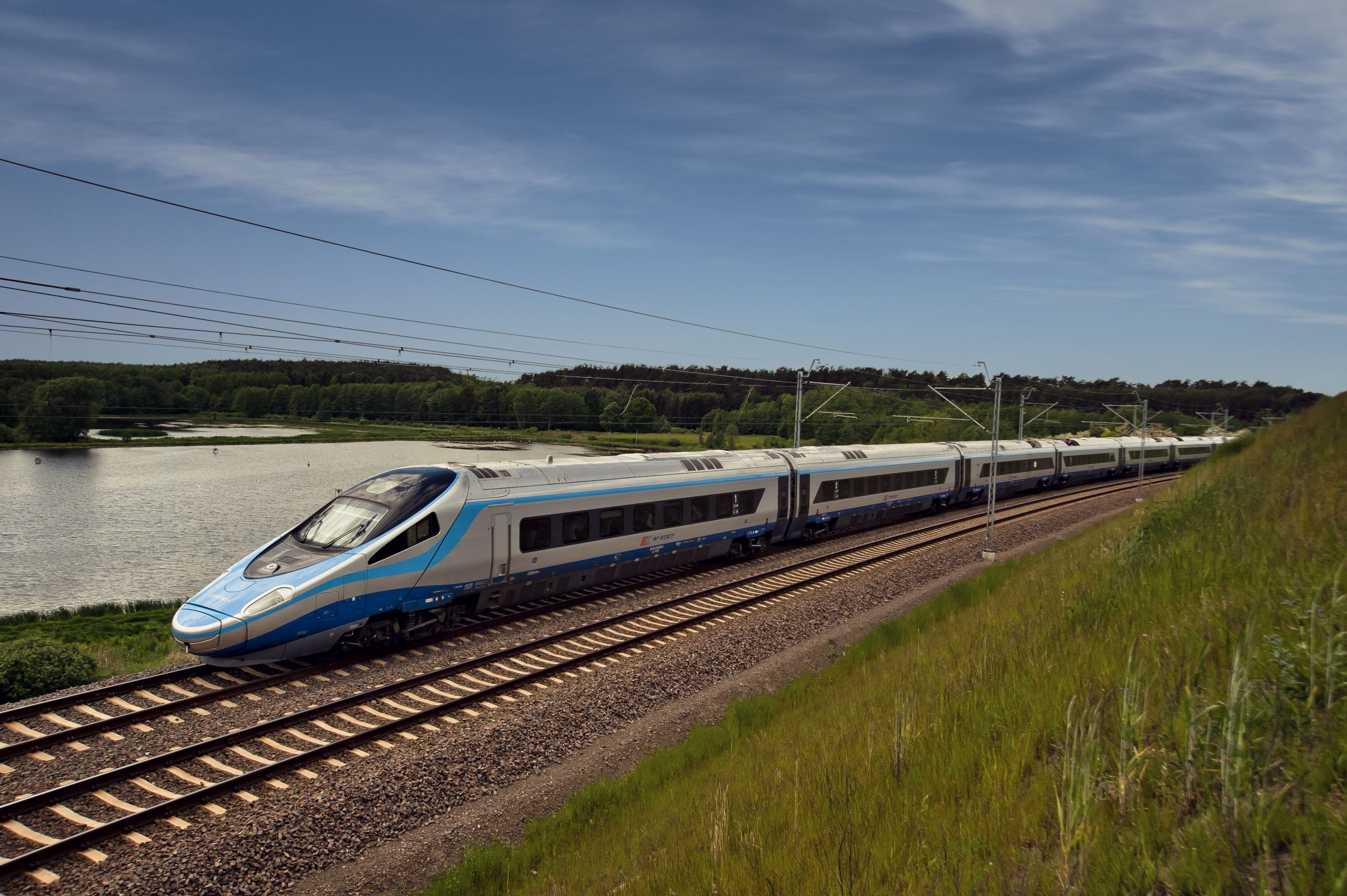 Mobility is a key element in the development of European economies and a developmental stimulus for many regions that are just embarking on a stable growth path. At the same time, Europe’s needs, particularly to ensure the territorial integrity of the European Union and to improve the free movement of people and goods, have a direct impact on the direction of the European transport sector. Currently, issues concerning defence and the mobility of NATO troops in Europe are also important, and the latter can only be ensured by efficient rail transport that links all regions of the EU seamlessly. It is also intended to improve the functioning of the single internal market, stimulate economic growth and increase the competitiveness of individual Member States and the EU as a whole on a global scale. The Trans-European Transport Network (TEN-T) was created for this purpose as an instrument to coordinate and ensure the coherence and complementarity of infrastructure investments within the Union. The TEN-T includes road, rail, air, sea and river routes, which are the most important connections from the point of view of the European Union’s development, as well as point infrastructure elements in the form of seaports, airports, inland ports and road-rail terminals.

In 2013, the arrangement of the TEN-T network on the territory of the EU Member States was established. This layout consists of: a core network, which is the basis for the development of the transport network on which EU activities are focused, in particular cross-border sections, missing links, multimodal connections and major bottlenecks as well as a comprehensive network to provide accessibility and connectivity for all regions of the Union. TEN-T is regulated by Regulation (EU) No. 1315/2013 of the European Parliament and of the Council of 11 December 2013 on Union guidelines for the development of the trans-European transport network. This regulation is currently subject to a revision starting in 2019.

In December 2021, the European Commission published a draft of the new Trans-European Transport Network Regulation, which takes into account many of the Polish proposals for the revision of the network, including the CPK Programme. The most important changes from the point of view of CPK are related to the updated TEN-T network routes and the list of nodes. These include the airport infrastructure, i.e. CPK being included in the maps of the TEN-T core network, both as an airport and as a road-rail terminal, as well as the new railway infrastructure, the design and construction of which has been entrusted to CPK.

The high-speed railway line from Warsaw via CPK and Łódź to Poznań/Wrocław (‘Y’ line), being part of CPK Programme, is already included in the TEN-T core network under the current regulation. As part of the proposal, the EC confirmed the HSR ‘Y’ line on the TEN-T core network maps and in the ‘North Sea-Baltic Sea’ European Transport Corridor (ETC).

The Katowice-Ostrava railway line, known as ‘spoke’ no. 7, which is a new cross-border connection between Poland and the Czech Republic, running through Jastrzębie Zdrój (currently the largest city in Poland with a population of almost 90,000 without access to the rail network), has also been included in the extended TEN-T core network. This line will become part of the European Baltic-Adriatic corridor. The European Commission also included the Central Northern Rail Line in the category of projects for the extended core network with a high priority in the allocation of EU funds. It is an extension of the existing Central Rail Line to the north, to Warlubie, as part of the CPK’s planned ‘spoke’ no. 1. The route of the existing Central Rail Line and its planned extension by CPK runs along the Baltic-Adriatic Core Network corridor. Placing the line within the ETC indicates its high priority within the EU transport network. The line between Wrocław – Świdnica – Wałbrzych – and the Poland/Czech Republic border (and further towards Prague) remains on the TEN-T comprehensive network as a line with HSR parameters.

In the opinion of the European Commission, the key investments of CPK Poland should constitute priorities in the EU investment policy and their implementation should become Poland’s contribution to the European transport system.

At the beginning of October 2022, the Government Plenipotentiary for CPK, Marcin Horała, together with members of the management board of Centralny Port Komunikacyjny sp. z o.o., paid an official visit to Brussels to discuss the EU’s plans for the TEN-T transport network and its extension to Ukraine, as well as the construction of CPK.

“Together with representatives of CPK, we discussed with EU institutions specific changes to the TEN-T network, taking into account not only the CPK project as such, but also its role as an element of increasing transport accessibility for Ukraine, which will be a tangible support for our neighbour not only right now, but especially in the coming decade, i.e. during the country’s post-war reconstruction. An equally important part of our delegation to Brussels was the presentation of the current stage of the CPK project. It should be borne in mind that European funds will form a significant and probably the main external source of financing for the railway component of CPK,” said Marcin Horała, the Government Plenipotentiary for CPK.

Connection of the Polish and European HSR networks with Ukraine

The development of Poland-Ukraine HSR connection has been discussed for many years and was recently reflected in Ukraine’s Recovery Plan presented by Ukrainian authorities in Lugano on 4-5 July 2022, as well as in the EC proposal of 27 July 2022 on extending the European Transport Corridors (former TEN-T corridors) to Ukraine with a view to developing a rail network with European gauge (1435 mm).

To tap in into this opportunity, CPK proposes to extend planned railway line: Lublin – Trawniki – Zamość – Bełżec – PL/UA border to Lviv and to include the cross-border section from Lublin to Lviv in TEN-T core extended network and Baltic Sea – Black Sea – Aegean Sea European Transport Corridor as proposed in EC amended proposal of 27 July.

The proposed new line connecting Warsaw and Lviv could continue longitudinally through Ukraine (east of the Carpathian Mountains) towards Eastern Romania (Constanța port), as proposed by the EC on 27 July 2022. In the future the line could also be extended from Lviv in European gauge (1435 mm) to Kyiv as part of the new Ukrainian HSR system connecting the country to the EU Member States.

In CPK view such extension would facilitate the development of high-speed rail line connecting EU and Ukraine at the same time linking Romanian Black Sea ports with Polish and Baltic countries sea ports creating the shortest overland Black Sea – Baltic Sea connection, thus providing viable alternatives for Ukrainian export of goods, especially in the event of a blockade of the Black Sea, and facilitating military mobility in the region and on the NATO’s Eastern Flank.

“CPK has a great deal of expertise and competence in the development of HSR lines, and is ready to play an important role in the reconstruction of Ukraine’s transport infrastructure after the war. We offer our Ukrainian partners expert support (e.g. traffic forecasting, feasibility studies, cost-benefit analysis, financial model) in the construction of cross-border rail links and the reconstruction and modernisation of the railway network in a way that ensures interoperability with the EU,” Mikołaj Wild, president of CPK said.

Development of HSR network in the Three Seas region

Railways are playing an increasingly important role in building future European transport system. Smart and Sustainable Mobility Strategy of the European Commission underlines the necessity of boosting passenger and freight rail traffic as well as key role of the High-Speed Rail as the safest and most sustainable mode of transport.

All these projects create opportunities for cooperation and integration of European transport systems, strengthening infrastructural links between European Union and countries of the Three Seas region and promoting full multimodality thanks to the connection of roads, rail and airport networks. Construction and modernization of railway lines, including introduction of HSR system in the Three Seas region means better connectivity and elimination of the rail network gap between Western Europe and CEE region.