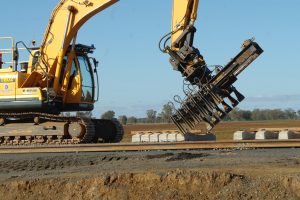 The joint venture, comprising John Holland and SEE Civil, will be responsible to perform upgrade works for 171 km section. Further design work will progress on the second phase of Narrabri to North Star construction which will see the development of an EIS for the construction of a new track between Moree and Camurra, known as Camurra deviation.

In December 2019, three teams were shortlisted to deliver the main work contract and entered into a formal Request for Tender process from which Trans4m Rail was appointed.

The Narrabri to North Star section crosses the three local government areas of Gwydir, Narrabri and Moree Plains. Due to its scale and complexity, the 186 km project is broken into two stages to enable first phase construction to begin while planning and environmental approvals are gained for the second phase. The first phase includes the upgrading of 171 km and the second one involves the construction of the 2.3 km of new track at Camurra, north of Moree and the upgrade of 15 km of track crossing the Mehi–Gwydir floodplain.

“Inland Rail is going to change the freight task in Australia and in doing so will create opportunity in regional Australia with unprecedented investment and job creation. The contract with Trans4m Rail, along with the delivery of almost 25,000 tonnes of steel over the past 18 months, puts us closer to construction and the benefits of Inland Rail in North West NSW,” the Australian Minister for Infrastructure, Michael McCormack, said.

Inland Rail is a 1,700 km rail line that will complete the backbone of the national freight rail network, offering less than 24-hour transit time between Melbourne to Brisbane with 98% reliability. 1,100 km of lines representing 70% of the rail corridor will use the existing rail lines. 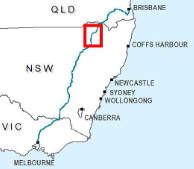 ri-North Star rail section is one of the 13 Inland Rail distinct projects, of which one project will be implemented in Victoria, seven in New South Wales and five in Queensland.

Since Inland Rail construction began in 2018, over 103 km of track has been laid, the first Inland Rail section between Parkes and Narromine being completed in September 2020.

The first double-stacked 1,800m-long train is expected to run in 2025 significantly increase the transport capacity on the rail freight corridor.