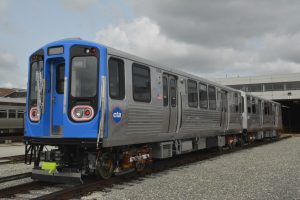 The Chicago Transit Authority has started the in-service testing of its next-generation of 7000-series railcars which feature a host of customer amenities and new technologies that make them one of the most modern railcars in the United States.

The new railcars will enter testing on the Blue Line, the second most heavily traveled rail line in the system, operating between Forest Park and O’Hare International Airport.

They are manufactured by CRRC Sifang America under a USD 1.3 billion contract awarded in 2016 for 846 railcars. The initial order of USD 632 million involves the delivery of 400 vehicles, with options to purchase the remainder in coming years.

The CTA has been testing the 10 prototype railcars since last fall, operating them out-of-service on each of the eight rail lines. The rigorous testing allows the CTA to evaluate their performance in a wide range of weather and operating conditions.

The cars will continue in-service testing through early 2022. Once testing is satisfactorily completed, production and delivery will begin on the remaining balance of 390 cars.

“As CTA President, one of my main priorities has been to modernise our system to benefit our customers, as well as the communities we serve. These new railcars are the latest step we’re taking to build a 21st century transit experience, while also boosting the local economy through the creation of good paying, local jobs,” CTA President Dorval Carter, Jr. said. 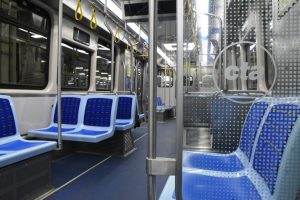 Distinguishing the 7000-series from the rest of the CTA rail fleet are its bold, blue end caps, new layout of headlights and taillights as well as a redesigned interior featuring a new seating configuration that includes a mix of forward-facing and aisle-facing seats. The hybrid seating configuration, which maximises available space and customer comfort, was developed based on input from customer surveys seeking the best features from existing CTA railcar layouts.

They feature LED lighting, plentiful grab bars and straps, and improved suspension for a smoother ride, along with a host of new and improved customer amenities, including redesigned, all-glass windbreak panels flanking the passenger side doors, modern passenger information system, double-sided displays showing a moving rail system map that shows the line, next station and the upcoming stations as well as distinct door chimes for the opening and closing doors to aid vision-impaired riders.

The CTA’s new railcars are equipped with new technologies that will help improve the safety and security of day-to-day operations, including new touchscreen controls with improved operator notifications for safer operation and troubleshooting assistance.

The new 7000-series railcars, which were delivered on schedule, were assembled in Chicago at a new, SUD 100 million facility built in the Hegewisch neighborhood on the Far South Side, which has generated hundreds of jobs for the citizens and created significant opportunities for suppliers and related businesses. The assembly facility, which opened in 2017, marked the first time in more than 50 years that railcars were produced in Chicago.