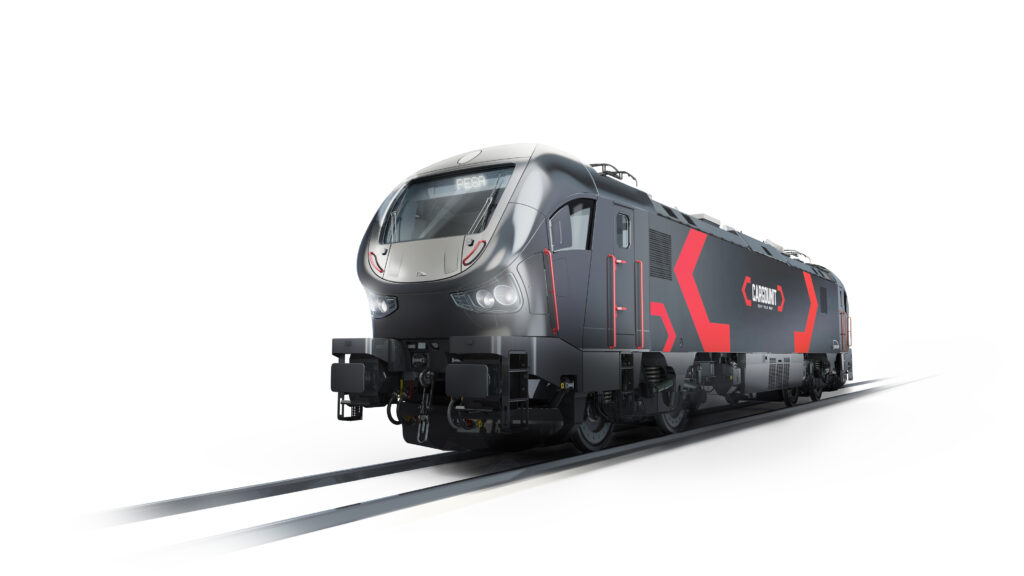 Cargounit and Pesa signed a contract for the supply of 10 Gama Marathon locomotives equipped with auxiliary last mile engines which are expected to be delivered by the end of 2023. The contract also includes an option for 20 additional electric locomotives of this type.

“We chose Pesa commuter module because they fit perfect to the needs of our clients. One locomotive, which can drive trains under electric traction, and then, using the same locomotive to perform shunting activities in ports or terminals, is a solution that not only reduces costs, but also saves time and increases the efficiency of transport,” Łukasz Boroń, the President of Cargounit said.

An additional factor that determined Cargounit to acquire the locomotives from Pesa was the speed of delivery. The first locomotive is expected to be delivered in February 2023 with the last one to be handed over in December 2023.

The four-axle electric locomotives are fitted with a co-driving module which enables the operation on both electrified and non-electrified lines. This additional drive intended mainly for maneuvering works, allows to drive a freight train with a weight of 3,200 tonnes on a hill of almost 7 per mills. The additional benefit of this horsepower enables a movement on parts of the track without an electric traction with minimum range of 42 km. The locomotive is also useful in emergency situations, allowing the train to be brought to its destination despite a sudden power outage as the vehicle has a traction generator driven by the auxiliary diesel engine enabling operations also on non-electrified railway lines.

Gama Marathon locomotives of model 111Ed30 is the latest version of Pesa’s shunting vehicles. “We used a new, ecological internal combustion engine, at the same time increasing the power of the aggregate in relation to our previous projects,” Piotr Rościszewski, Sales Manager of the Locomotive and Wagon Market at Pesa Bydgoszcz said.