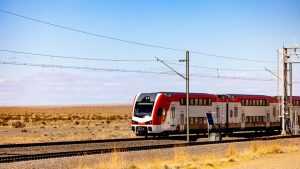 The cost of Caltrain electrification project has increased to USD 2.44 billion from USD 1.98 billion. This will require an additional USD 462 million financing over the initial estimate for the project and USD 129 million over the estimate made by the Federal Transit Administration earlier this year.

Caltrain is working with its funding partners, as well as its federal and state legislative delegations to fill the funding gap. To date, Caltrain has received an additional USD 52.4 million from the federal government and has access to USD 150 million financing credit and USD 60 million in Measure RR capital reserve towards the funding gap. Both the recently passed Federal Infrastructure and Investment Jobs Act and upcoming State Transport budget could be additional sources of funding.

The cost increase is a result of negotiations and settlement with Balfour Beatty (BBII), the contractor tasked with the construction of the project and an overall detailed project budget update. The settlement resolves commercial issues and additional costs arising from the extension of the project to 2024. It also establishes a shared risk pool to manage future potential issues and provide new incentives for early completion of certain milestones, such as revenue service.

The detailed overall project budget update reflects COVID-19 related delays, utilities and real estate work among other items. Both the settlement and budget update were reviewed by outside experts with the goal of setting up the project to achieve cost and project schedule certainty.

While the traction power facilities approach their completion dates, with all 10 to be completed early in 2022, the entire overhead catenary system should be installed by summer 2022.

The next phase of project construction will be focused on signalling and system integration work. An electric locomotive will be testing the new catenary system in 2022 and the first electric trains will arrive in spring 2022.

Caltrain electrification project is implemented on the corridor from San Francisco’s 4th and King Caltrain station to the Tamien Caltrain station. The project will reduce the greenhouse gas emissions and will triple the transport capacity by 2040.