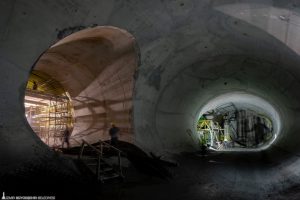 The funding will be used for the construction of a new 7.2-km metro extension which will be served by seven stations, connecting the western areas with the city centre. The new line will be constructed from Fahrettin Altay western terminus of M1 to Narlıdere Kaymakamlık district in Izmir Greater Metropolitan Area.

The line is part of the phase 4 of city’s metro expansion programme. The project includes underground and civil engineering works, electro-mechanical works such as signaling and telecommunications system and energy supply and auxiliary facilities. The project is performed by Gülermak under a contract signed in June 2018.

The AIIB loan excludes the purchase of new rolling stock, as the necessary metro trains were already procured in previous phases. 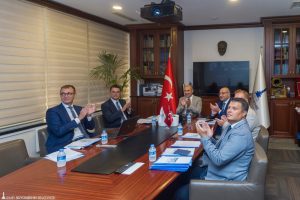 EUR 300 million is the total cost of the project which is co-financed by the European Bank for Reconstruction and Development with a loan of EUR 80 million and by the Société Générale with a EUR 25 million financial support. In addition, the EBRD has provided Izmir a EUR 23.5 million funding for the procurement of 85 new metro new vehicles.

With the completion of this extension, the Izmir Metropolitan Municipality will increase the metro system to 27 km and 24 stations.

The project in in line with the city’s Transport Master Plan 2030 which will offer a cleaner and more efficient alternative transport services and will lead to road traffic reduction.