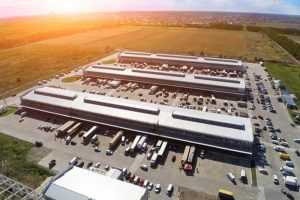 East-West Intermodal Logistics Services has signed a contract with Vodafone Hungary and Huawei Technologies Hungary to deploy the 5G technology at the East-West Gate Intermodal Terminal (EWG) which is being built in Fényeslitke, Hungary.

”The operational efficiency of the terminal can be maximized by using 5G technology. An opportunity for launching R&D projects will also be provided and the industrial application of this technology, which is just breaking into the market, can be presented,” János Tálosi, the CEO of East-West Intermodal Logistics Services said.

The terminal, which will be completed by the first quarter of 2022, will be the first terminal in Europe to use a private 5G network for internal communications and the operation of technological devices. It will be the first terminal in the world where the fully automated overhead cranes of the terminal, which will be able to carry out fine movements too, will be remotely controlled by means of the 5G technology, which highlights the benefits of 5G technology in logistics.

”It is the aim of the Hungarian government to make our country a winner of the current changes on the global market. To achieve this goal, we focus on job creation, investments and tax cuts, as they can make Hungary’s economy sustainable and competitive in the long run too. The East-West Gate Terminal, which is being built on the country’s eastern border, and the technological development project, which has just been announced, are very good examples of these efforts,” Péter Sztáray said.

The construction works for the EWG started in January 2021. The terminal is situated at the Ukrainian-Hungarian border on an area of 85 hectares and become an important facility for freight traffic between Asia and Europe.