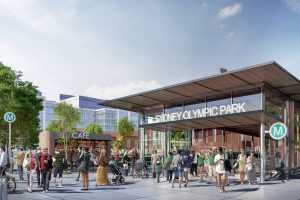 The NSW Government has shortlisted three consortia for two packages of Sydney Metro West project which will provide transport services from Greater Parramatta to the CBD.

The shortlisted teams are:

All three consortia will participate in the tender for the Central Tunnelling Package with the successful tenderer awarded the contract for the construction of 11 km of twin tunnels from The Bays to Sydney Olympic Park.

The remaining two tenderers will then bid for the Western Tunnelling Package, with the successful tenderer awarded a contract to build 9 km of twin tunnels from Westmead to Sydney Olympic Park.

Subject to planning approval, work on the project is expected to start in The Bays later this year, with the first of four mega tunnel boring machines expected to be in the ground before the end of 2022.

Sydney Metro West will double rail capacity between Greater Parramatta and the Sydney CBD, transforming Sydney for generations to come. The NSW Government has confirmed the locations of seven proposed metro stations that will integrate the Sydney’s public transport system. The new line will deliver new rail services for the first time at Burwood North, Five Dock and The Bays and will integrate the Sydney’s public transport system.

The new line, which will be operated by next generation fully air-conditioned metro trains, will deliver faster, more frequent access to major employment and education centres like Parramatta, Sydney Olympic Park and The Bays.