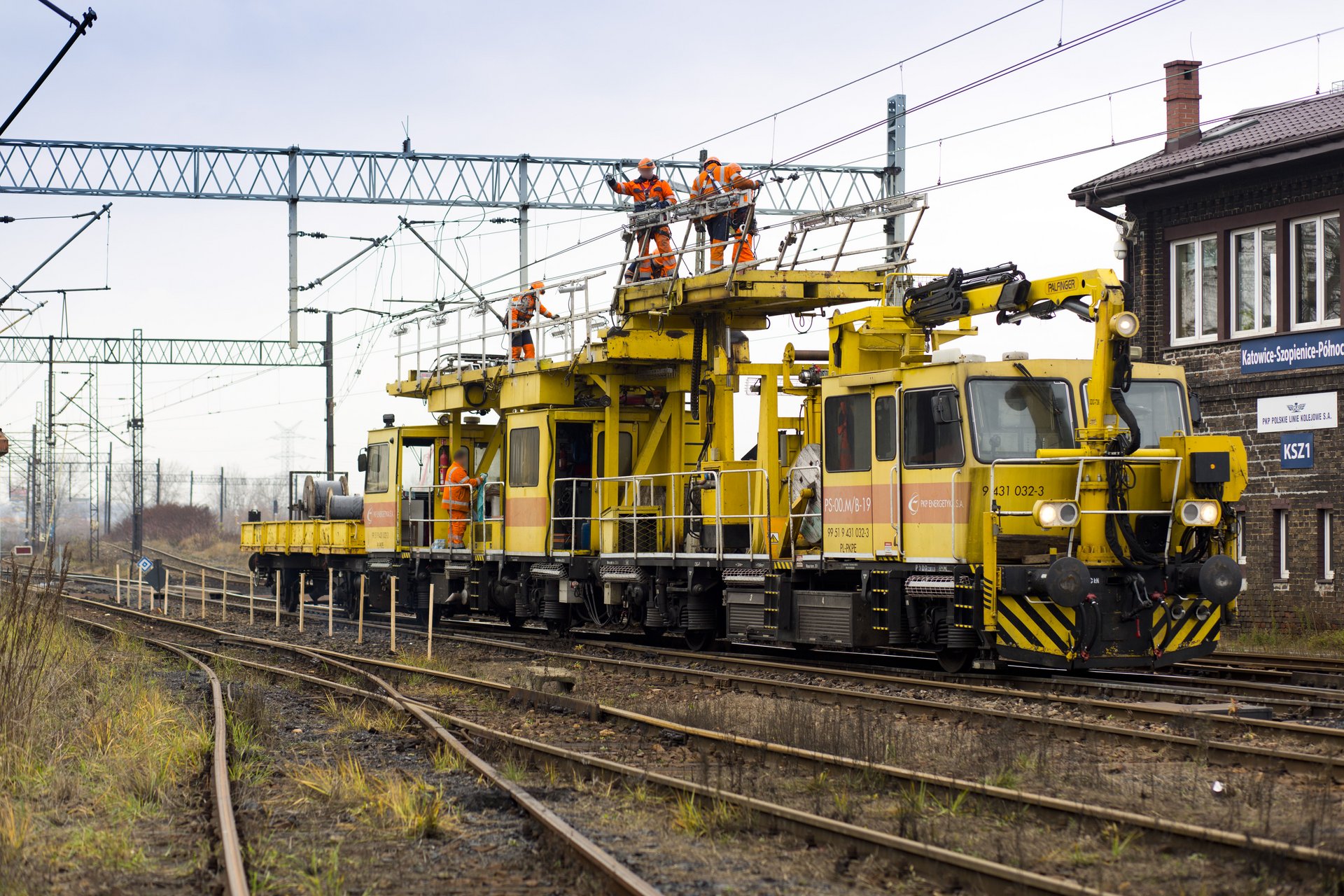 At the beginning of 2022, the Polish rail infrastructure manager has announced five tenders estimated at PLN 6 billion (EUR 1.28 billion) for the modernisation of Będzin – Katowice – Piotrowice railway, the rail connection between Tychy and the border in Zebrzydowice, the Poznań railway bypass and the reconstruction of Słupsk train station. When announced the projects, PLK said that they will be implemented under the investments planned for the EU financial perspective for 2021-2027.

The plans included three modernisation tenders in the Silesian Province worth PLN 3.7 billion (EUR 790 million) and includes the reconstruction of the railway line from Będzin through Sosnowiec, Katowice, Tychy to the border in Zebrzydowice, southern Poland, near the border with the Czech Republic. The tenders are carried out under the first stage of works on primary E30 and E65 railway lines covering the Będzin – Katowice Szopienice Płd. – Katowice – Katowice Piotrowice section and Tychy – Most Wisła section.

These two CEF2 co-financing grants provided to the PKP PLK are part of the first call of the CEF 2 running from 2021 to 2027 which will provide grants totalling EUR 5.4 billion to 135 transport infrastructure projects selected.

Two tracks will be built on the route from Będzin through Sosnowiec to Katowice South Szopienice which will allow the separation of the regional and long distance transport services. The works will increase line’s capacity allowing the introduction of more trains and will also deliver a better access to railway transport through the construction of Sosnowiec Środula and Katowice Morawa stops. The platforms at the Sosnowiec Główny station and at the Katowice Szopienice stop will be rebuilt. All platforms and facilities serving passengers will be adapted to the needs of people with reduced mobility. A new stop, Sosnowiec Środula, will be built on a section of approximately 4 km between the Sosnowiec Główny station and the Będzin Miasto station, which will be used by residents of two large neighborhoods nearby. The Będzin station, which mainly services freight, will be rebuilt and adapted to the transport of trains with increased loads.

The investment will be also provided for the works on the rail section from Tychy to Goczałkowice Zdrój station which also includes the construction platforms at five existing stations which will also provide better access to passengers with disabilities. There are plans to modernise the traction network, engineering facilities and tracks which will allow trains to run at a speed of 160 km/h. Traffic safety will increase through the use of modern traffic control systems.

The third tender includes the modernisation and electrification of the rail route from Zabrzeg to Zebrzydowice and the border with the Czech Republic. The project also covers the reconstruction of two stations and three stops all of them being adapted to the passengers with reduced mobility.

The reconstruction of Poznań railway bypass is also part of the tender plan launched at the beginning of 2022. The aim of the project is to adapt the lines to railway agglomeration connections as currently the line is mainly used for freight transport. The project includes the construction of the Poznań Strzeszyn – Poznań Piątkowo link, which will facilitate travel in the Poznań railway junction. Comprehensive modernisation is planned for a total of over 70 km, including the tracks and overhead contact line. there are also planned the construction of seven more stops in Poznań metropolitan area and the reconstruction of one existing stop (Swarzędz Nowa Wieś stop). A higher level of safety in rail and road traffic will be ensured by the modernisation of rail-road crossings.

The project will allow passenger trains to travel at a speed of 100-120 km/ h and freight trains at 80 km/h.

PLN 1.5 billion (EUR 320 million) is the value of the project that was submitted for CEF financing, but under the first call, it was not selected.

The reconstruction of Słupsk station situated on the railway from linking Gdansk Central and Stargard. The project involves the reconstruction of three platforms and the track system to increase the accessibility and comfort of passenger service. The platforms will be higher, which will make it easier for passengers to board the trains. Convenient access to the railway for people with reduced mobility will be provided by elevators from the reconstructed underground passage to the platforms. The passage will be widened and connected to the new bus station. The historical character of the station will be emphasized by the restored historic platform shelters and kiosks. The installation of a modern passenger information system with displays will facilitate orientation of the passengers. A second platform in Kobylnica Słupska will be constructed to facilitate the travel on the Słupsk – Szczecin route, while a new railway bridge and a second track will be built on Słupia route to improve the service of railway traffic. The railway traffic will be managed by a new local control centre which will be equipped with computer systems and devices to ensure efficient and safe running of trains. This project is being carried ount under the “Works on the railway line No. 202 on the Gdynia Chylonia – Słupsk section” expected to be carried out with European funding from OPI & E 2014-2020 and the Programme European Funds for Infrastructure, Climate, Environment 2021-2027 (FEnIKS).

In 2021 the infrastructure manager has unveiled the 2030 rail strategy which also covers the connections will all transport modes to create an integrated transport system. La large part of the considered projects are expected to be carried out with European financing.