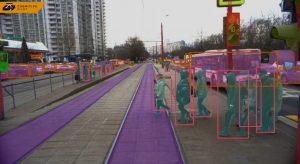 Under the agreement, the two companies will develop an AI-based computer vision system for urban trams with the possibility of autonomous control and movement. The joint project will consist of R&D, testing and commercialization stages harmonised with the business expedition and technology innovation of both parties.

The companies expect that the successful implementation of the project will continue the innovation of the AI sector designed to tramway transport. In the near future, the companies will unveil the autonomous tram prototype.

“The new technology will reduce the number of transport accidents in the city and will minimize their dependence on the human factor,” said Jack Wu, the CEO of FITSCO.

In the first phase, AI-based Advanced Driver Assistance System (ADAS) will be developed. “In the absence of a proper reaction from the driver, the tram will automatically control its speed and will stop in front of the obstacles. During all the upcoming tests, the tram operator will still be in the cab, but he will act as a safety controller,” explained Olga Uskova, the CEO of Cognitive Pilot. 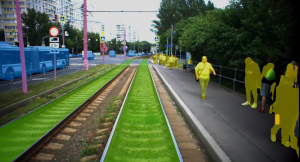 Cognitive Pilot has started in 2019 to implement a joint project with the Russian tram manufacturer PC Transport Systems on the development of an autonomous tram in Moscow. The fully autonomous tram will be developed by 2021-2022.

The tram is also able to stop in front of the obstacles, maintain a safe distance to the cars ahead, accelerate and stop.

Cognitive Pilot is a JV between Sberbank and Cognitive Technologies Group, which develops autonomous driving solutions agricultural and rail and automotive sector.