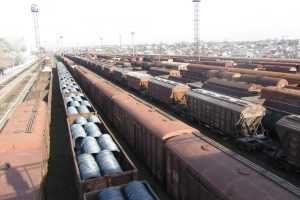 The European Investment Bank will provide EUR 24 million, in addition to EUR 50 million committed in 2016, to Moldovan Railways (Calea Ferata din Moldova – CFM) for the rehabilitation and modernisation of 233 km of railway along the Bender – Căuşeni – Basarabeasca – Etulia – Giurgiuleşti, the Moldova’s rail south corridor.

“Well-developed transport infrastructure and improved transport links will make movement of goods and services easier and enhance regional and pan-European cooperation. The EIB will continue to support Moldova’s economic competiveness, its transition to a carbon-neutral economy and its EU ambitions,” the EIB Vice-President Teresa Czerwinska, who is in charge of operations in Moldova, said.

“The Moldovan Railways has gone through a management crisis over the years. This cannot continue like this. The resuscitation of the sector is just beginning. This financial package, but also other sources of money allocated for this sector, we will make sure that they are managed efficiently, with full responsibility and discipline, in order to make this sector gain a new image,” Andrei Spinu, the Minister of Infrastructure and Regional Development said.

As part of this national investment rail plan, in 2021, the EBRD provided an additional EUR 23.5 million loan to upgrade key infrastructure, following a joint EUR 110 million funding agreed in 2014 for rail infrastructure and rolling stock acquisition. EUR 5 million is an investment grant from the EU’s Neighbourhood Investment Facility (NIF) and the remainder from loans by the EBRD and EIB. The EU financing will be used also for the Bender – Căuşeni – Basarabeasca – Etulia – Giurgiuleşti railway line.

To date, Moldovan Railways has been purchased 12 new ТE33А diesel locomotives with EU support which are currently in operation.