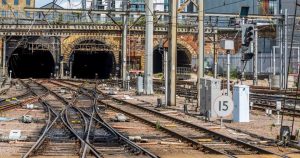 Network Rail has signed the signalling framework contracts worth an estimated GBP 2.4 billion (EUR 2.8 billion) over Control Period 6 (2019-2024), which could increase to up to GBP 3.6 billion (EUR 3.2 billion) including options to extend for the first two years of Control Period 7.

Under the contracts, Alstom will be responsible for the signalling projects in Southern and Eastern regions, Siemens Mobility on the Scotland and North West & Central railway network, while the Hitachi Rail – Linbrooke Services JV will implement the projects in Wales & Western region.

“The major signalling frameworks are the final awards in a three-tier approach to signalling delivery for Control Period 6. The awards have gone to suppliers that, between them, have many years of signalling experience and will help Network Rail facilitate key signalling renewals safely and efficiently,” Paul Wright, Network Rail’s commercial director, said.

The contracts cover the next five years. They will improve the reliability of the systems, reduce delays for the users and enable more trains on country’s railway network, significantly increase the capacity of the network.