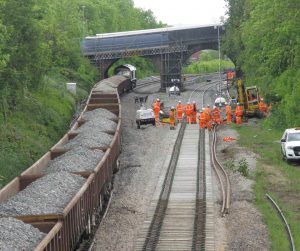 Network Rail lost an appeal against a Competition Appeal Tribunal (CAT) ruling from July 2019 which has found that the policies of the British railway infrastructure manager related to how it controls access to rail infrastructure are in breach of competition law.

This case was one of only two stand-alone competition cases before CAT in the last twelve months and European law firm Fieldfisher both brought the initial case in the CAT and defended the appeal for Achilles.

“Bringing the case in front of the Competition Appeal Tribunal was a difficult decision for Achilles and in my view this litigation could and should have been avoided, had Network Rail engaged on a reasonable basis with Achilles. Achilles ended up with no choice but to bring a case against a partner it worked with on a regular basis – Network Rail – to ensure it could continue to offer its services to the GB rail industry, as it had done previously,” John Cassels, Head of Fieldfisher’s Competition and Regulatory Team said.

The Court of Appeal’s decision to dismiss, in forceful terms, all six of Network Rail’s grounds of appeal is significant for all rail industry suppliers in Great Britain. It means that Network Rail’s rules on supplier qualification schemes are void and unenforceable, encouraging innovation and competition for assurance services.