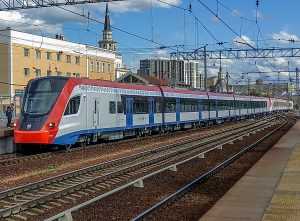 By 2025, all the five Moscow MCDs connections will be put into commercial operation providing 67 transport hubs.

Currently, the “MCD 1 and MCD 2 have only 21 interchange stations, but in a few years this number will increase by 27. By 2025, all five Moscow Central Diameters will have 67 interchange stations, including more than 20 interchanges to the MCC and the Big Circle Line the two transport hearts of the capital,” Maksim Liksutov, the Deputy Mayor of Moscow for Transport said.

The interchange stations will ensure the cross-city connections between the MCD, the Moscow Central Circle (MCC) and the metro. The leader of the interchanges will be MCD 4, accommodating 18 hubs.

All hubs will be built according to the uniform Moscow transport standard. For example, Schukinskaya MCD 2 station, which was launched this summer, includes the MCD station, the metro station, the interchange between them is carried out on a crossing built on a dry feet principle. Passengers can also make an interchange to the buses and trams.

The Moscow Central Diameters system, known as the city’s above-ground metro network started to operate in 2019 when the city inaugurated the first two lines: the MCD-1 Belorussko-Savyolovsky (Odintsovo-Lobnya) and MCD-2 Kursko-Rizhsky (Nakhabino-Podolsk).

The Moscow MCDs of 60 stations with 21 interchanges. The launch of the future MCD 3 is planned in 2023. The new system will include 43 stations and its length will be 82 km. The MCD 4 is scheduled to be launched in 2023. There will be 18 transit stations with 35 options for interchanges to the metro, the Moscow Central Circle and other diameters. With the MCD 4, passengers will be able to reach 7 Moscow terminals without interchanges. The MCD 5 launch is planned on the 2025.