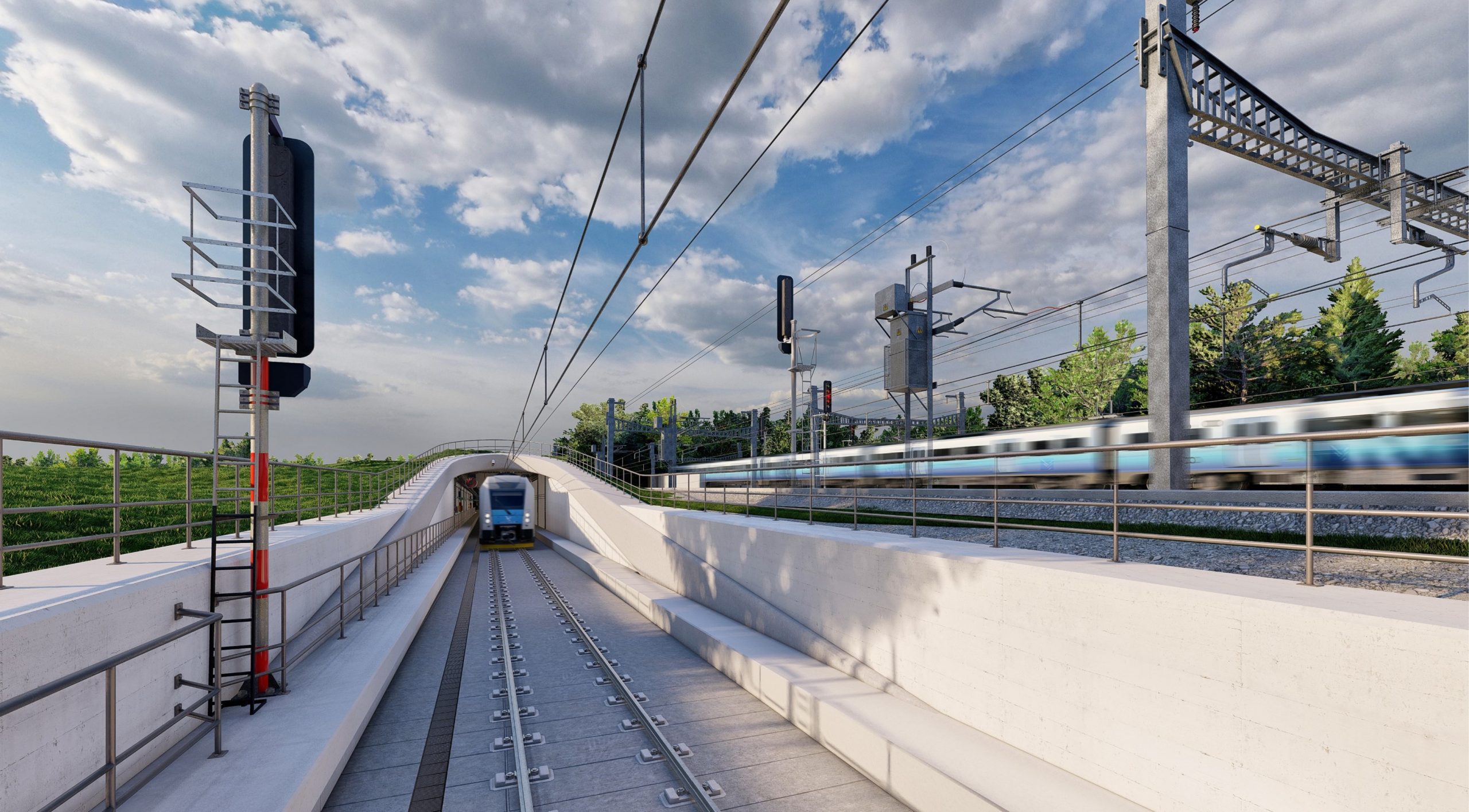 Solidarity Transport Hub – STH has submitted an application for a local decision on Łódź high-speed tunnel with main construction works expected to start in the first half of 2023.

The tunnel project has begun in November 2021 when STH signed a design contract the consortium of Metroprojekt and SUD Architekt Polska and the location decision is expected to be issued fourth quarter in order to apply for a building permit.

The 4 km long tunnel starts at the Łódź Fabryczna station and will exit to the surface to the south-west of the Łódź Kaliska station in the vicinity of the Retkinia estate and district and the existing railway line No. 14. The new structure will be used by long-distance trains, mainly providing high-speed services.

The 12.6-metre inner diameter tunnel will be made with 55 cm prefabricated reinforced concrete rings. The planned STH tunnel is the largest diameter underground structures and the longest one section tunnel structure implemented in Poland using the TBM method.

“The first shovel for the construction of the tunnel is already just a step away. I hope that in less than a year we will meet on this occasion at the construction site. The long-distance Łódź high-speed tunnel is currently the most advanced project of the STH. It is also a very important element of the numerous railway investments we are preparing,” Radosław Kantak, Member of the Management Board of the STH responsible for railway investments said.

Łódź high-speed tunnel is one the city’s infrastructure priority projects and is the most advanced project of STH and is part of the Y-shaped rail system connecting Warsaw and Łódź with Poznań and Wrocław.

Recently, STH has announced the investor variant for the 140 km Warsaw – Łódź and the 200 km Łódź – Wrocław high-speed railway lines. STH is preparing the construction of 12 lines including 10 so-called spokes which will provide connections to Polish regions and cities, including to the planned new airport.

Polish rail infrastructure manager PKP PLK is currently working on the 7.5 km tunnel in Łódź linking Łódź Fabryczna and Łódź Kaliska stations. Under the project, a 3 km two track tunnel is constructed from the Łódź Fabryczna station, through the Łódź Śródmieście and Łódź Polesie stops to the area of ​​Odolanowska Street. The second component of the project covers the construction of four single-track tunnels with a total length of 4.5 km from the turnout chamber at Włókniarzy Street to the railway line No. 15 in the direction of Łódź Żabieniec and Łódź Kaliska. When completed, the new rail system will be created by 17 km of tracks and three new underground stations connecting five train stations in Łódź including the central station.

The work are carried out under the “Construction tunnel in Łódź with the inclusion in line 14” project as part of the second phase of Łódź Railway Junction improvement. Under the CEF 2020 call, EUR 13.16 million financing was approved for project studies, which have an eligible total cost of EUR 26.3 million.

In June 2022, TBM Faustyna started the construction of the second of the four single-track tunnels with a diameter 8.5 metres between the Łódź Fabryczna, Łódź Kaliska and Łódź Żabieniec stations. The investment carried out by PKP Polskie Linie Kolejowe, worth over PLN 1.5 billion (EUR 321 million) is co-financed from the Infrastructure and Environment Operational Programme. The tunnel will connect the main double-track tunnel towards Łódź Fabryczna. The first phase of the project which covered the construction of the tunnel between the Łódź Widzew station in the east of the city, and Fabryczna received EUR 243 million co-financing during the 2007-2013 programming period.

The new tunnel system will improve the access to rail services by providing two new stops in the city centre and will also be integrated into the public transport system of Łódź agglomeration. Following its completion, the tunnel will transform Fabryczna station from a terminus into a transit station which will allow more trains to travel through the city centre towards the east-west on Widzew -Fabryczna – Kaliska route or towards north-south on the Żabieniec – Fabryczna – Widzew line.