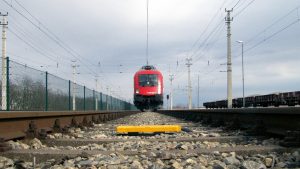 Správa železnic and the Czech Ministry of Transport has prepared a market research which will support the design for ETCS Level 2 installation on the railway line between the state border/Germany, Děčín, Ústí nad Labem and Kralupy nad Vltavou, which linked to Praha junction.

Through the market research, the contracting authority will approach all the key suppliers of the ETCS system both in the Czech Republic and throughout Europe. Besides, however, all other contractors properly enrolled will be admitted for participation in the market research.

“We would like to gain new information and expertise from potential suppliers of the ETCS system not only from the Czech Republic, but also from the entire Europe. We intend to make use of their ideas in the preparatory as well as in the implementation stage of the relevant projects. At the same time, we wish to verify the contractors’ desire to enter into public contracts for the establishment of this modern security system,” Jiří Svoboda, the director general of Správa železnic.

The State border Czech Rep./Germany – Dolní Žleb – Kralupy nad Vltavou line has a length of 120 km and involves on-board installation for 100 units, with 2023 as the mandatory deadline of ERTMS application.

The project should be presented by the end of this year to the Central Commission of the Ministry of Transport for approval.

In July, the railway infrastructure manager has launched the ETCS installation on the Rail Transit Corridors I and II.

In 2017, the country’s ERTMS implementation plan was unveiled that includes 37 projects with a total length of almost 3,000 km and on-board installation for 1,654 units.