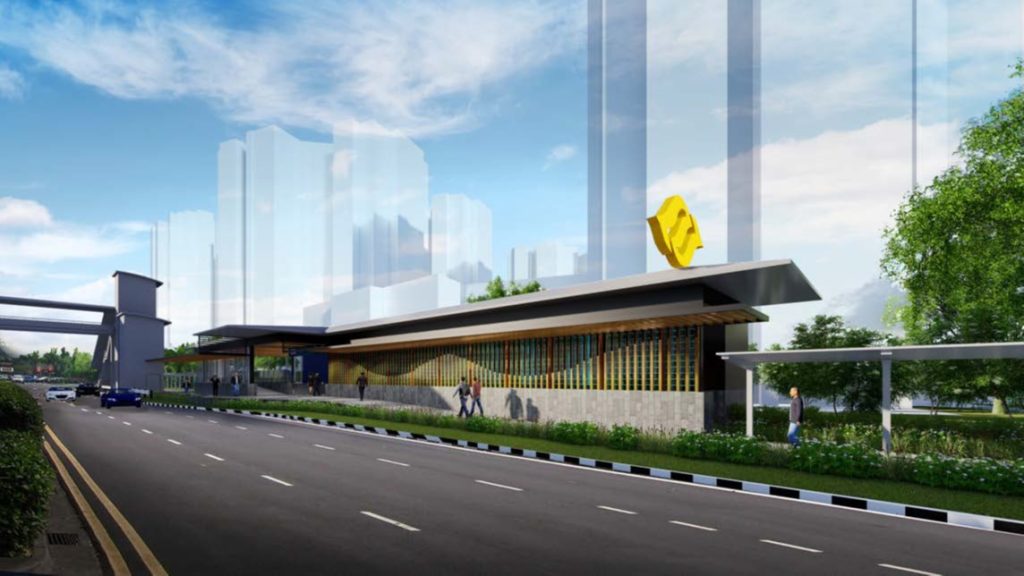 Singapore’s Land Transport Authority (LTA) awarded Taisei Corporation – China State Construction Engineering Corporation Limited Singapore Branch joint venture the civil contract for the design and construction of Riviera station under the CRL – Punggol extension. SGD 1.1 billion (USD 764 million) is the value of the contract under which the joint venture will start the works in the first quarter of 2023. The station is expected to enter passenger service in 2032.

A large-diameter Earth Pressure Balance (EPB) Tunnel Boring Machine (TBM), measuring about 12 metres in diameter will be used to construct a single 4.3-km long double-track tunnel which will be constructed at an approximate depth of 25 metres below ground.

The Riviera station, located along Punggol East and Punggol Central, will improve transport accessibility for residents. Safety measures, such as ground improvement works, will be implemented before the construction of earth retaining structure and excavation works start at the worksite. Traffic diversions to facilitate the construction works will be carried out in phases so that any inconvenience to residents and motorists is minimised.

The station, situated on the Cross Island Line – Punggol extension will join other three stations (Punggol, Elias, and Pasir Ris) along the 7.3 km MRT line starting from Pasir Ris station (on CRL1 section) which will provide better rail connectivity and greater accessibility for those living in eastern areas such as Pasir Ris and Tampines North as well as north-eastern areas such as Punggol and Sengkang. More than 40,000 households are expected to benefit from the extension.

The Cross Island Line (CRL) is Singapore’s eighth MRT line that will serve the districts along the eastern, north-eastern and western corridors. When fully become operational, the underground line will be 50 km long with 22 stations, half of them providing connections with the existing rail stations. The line is implemented in three phases. The first 29 km section (CRL1) will be served by 12 stations from Aviation Park to Bright Hill. In March 2022, LTA awarded all the civil contracts for the section. The construction works have been launched and are expected to be completed by 2030.

The environmental impact study for the second phase (CRL2) has been completed and in September 2022 LTA announced the project under which a 15 km long underground line with six stations will be constructed.

For the CRL3 (third phase) the engineering studies are ongoing and will be soon completed, LTA announces.

The Cross Island Line will provide a transport link on east – west axis connecting the Changi region – a planning area in the Eastern Singapore, with Jurong Industrial Estate, crossing existing areas as well as the ones which are being developed in the south, north – south and west. The entire project is estimated at SGD 40.7 billion (USD 28.3 billion).

LTA estimates that along the entire CRL the daily ridership will be 600,000 and will reach more than 1 million in the longer term.