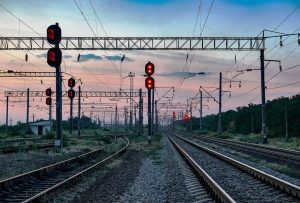 Rete Ferroviaria Italiana has announced a EUR 2.77 billion tender for the design and construction of the ETCS Level 2 throughout the national territory. The time limit for receipt of tenders or requests to participate is February 2022 and the bids will be opened on March 1, 2022.

The framework agreement is divided into four lots:

Lot No: 3 Centro with an estimated value of EUR 323 million; and

The contract is expected to be completed within 5 years (1825 days, according to the published tender).

The tender is in addition to the EUR 500 million tender issued in August to equip approximately 700 km of railway lines in Sicily, Lazio, Abruzzo, Tuscany and Umbria.

Italy’s rail infrastructure manager intends to deploy the ERTMS system on 3,400 km lines until 2026. In 2022-2024 RFI will install the digital technology on 1,377 km of lines and a further 2,023 km in the years 2025-2026. These plans are in line with the commitments and planning of the National Recovery and Resilience Plan (PNNR).

The strategic direction of RFI is to accelerate the deployment of the ETCS Level 2 on its entire network by 2036, in accordance with the technological investments for the renewal of digital station equipment already underway, progressively replacing the pre-existing signalling systems with fully digital and interoperable technology.

Once installation is complete, the national network will have approximately 16,800 km of line equipped with the most advanced technology for railway traffic, renewing the entire command and control and signalling system of which ERTMS is an integral part.

According to the PNRR the planned investments on the rail junctions and lines cover the technological development through the deployment of the ERTMS technology to significantly increase the capacity and safety of rail transport that will improve the long-distance and will have a great impact on the development of the regional and commuter rail traffic entering Milan, Rome and Naples. The document mentions that EUR 2.97 billion is the value of the project which is financed through the Next Generation EU instrument.

According to the PNRR, RFI will equip 5,000 vehicles with ETCS.

FS Italiane says that through a more than EUR 6 million non-repayable fund from the EIB and Cassa Depositi e Prestiti (CDP) will be sed for the ERTMS onboard deployment on Trenitalia’s rolling stock. Of the resources received from the EIB, EUR 4 million will be used for the installation of ERTMS on 76 regional hybrid trains. CDP will provide EUR 2.2 million which will be reserved for updating the system on 12 high-speed trains for international and cross-border traffic between Italy-Switzerland-Germany (seven ETR 610 trains) and domestic traffic and five ETR 470 trains which are expected to enter operation in Greece. The high-speed trains will undergo a technological upgrade with the installation of the ERTMS Baseline 3.