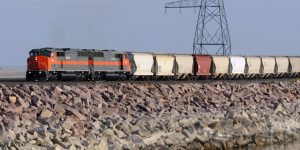 The projects were chosen to receive Special Transport Circumstances (STC) grants made available by the Consolidated Appropriations Acts of 2019 and 2020. The federal funding awarded for STC grants must not exceed 80 percent of the total project cost. The required 20 percent non-federal share may comprise public sector, state or local, or private sector funding, or both.

The three South Dakota rail projects will be implemented by the state Department of Transport.

A USD 1.87 million funding will be used for a proposed rural freight rail capital project consisting of several track improvements between mile post 115.5 and 74.6 located between Britton and Aberdeen. This includes the replacement of 20,450 ties, the removal and replacement of old anchors and the repair of two rail bridges. These improvements will make the state-owned track safer and more efficient for lessee Dakota, Missouri Valley & Western Railway.

The third selected project received USD 1.56 million involving the construction of a new 3-km rail siding east of Highway 45 near the Gavilon grain elevator on the Dakota Southern Railway mainline east of Kimball. The siding increases capacity and decreases delays. It will be located on property half of which is currently owned by the state. The other half of the project right-of-way will be acquired with funding outside of the awarded grant. The grantee will clarify how this acquisition will be accomplished prior to grant obligation.